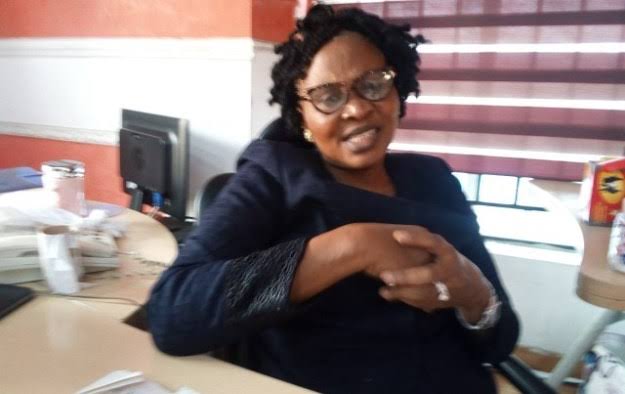 Funmilayo Falana, a legal practitioner, has revealed that the low report of rape cases by the victims has led to an increase in the rate of rape and gender-based violence.

She called on the government to make the welfare of the people their priority in order to reduce the dumping and abandonment of babies on the streets by their mothers.

Mrs Falana stated this while speaking in Iyin Ekiti in Irepodun/Ifelodun local government area of Ekiti state after donating food items and other materials to the Erelu Angela Children’s Home.

The legal practitioner presented the children with washing machines, toys, food items among other materials.

“It is sad that rape and indecent assault in Nigeria is on the increase over the year. Merely opening register for the offender will not solve the problem.”

“The real problem is in the prosecution of the offenders. If offenders are prosecuted and brought to book, it will serve as a deterrent to other would-be offenders.”

“Lagos opened the register for rape offenders three, four years ago Ekiti also opened recently. This has not really made any difference”.

While speaking on other factors that increase rape, she said, “In the process of prosecution, police are fond of mismanaging the cases. From the time of investigation and prosecution, rape cases are so technical such that before you know it the victim will say I don’t want to pursue the case again.”

“Of a fact, many victims refuse to speak out because of the stigma attached to rape and that is the reason why the people continue to perpetrate the evil act. Only few cases get prosecuted because most of the cases are not reported.”

Mrs Falana while speaking on why some women throw away their children, she revealed that they do so because they lack the materials to take care of their kids.

She noted that the government must be responsive to provide for socio-economic needs of the people.

“Government should be more responsive to the citizenry in making life better for them. Though, throwing babies away should not be an option for any mother who is facing economic challenges.”

“Section 2 of the country’s constitution stipulates that; government should provide for socioeconomic needs of its people, medical care, good roads even education.”

“If the government put in place social security for the people, there will be an assurance that will have something to take care of themselves and the children, so there won’t be any basis to throw away their child”.

Mrs Falana was commended for her action by the deputy director, Ministry of Women Affairs and Social Director, Nathaniel Adeniran and the head of the children home, Mrs Bunmi Adeosun on behalf of Ministry and state government.