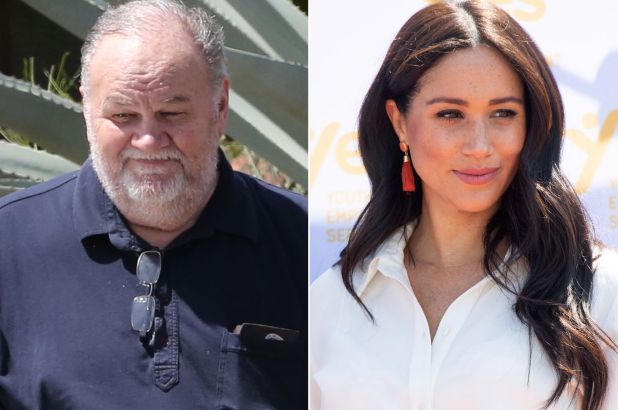 Thomas Markle, the estranged father of Meghan Markle has expressed his disappointment in his daughter and her husband, Prince Harry following their decision to step back as senior members of Britain’s royal family.

Recall that the Duke and Duchess of Sussex had made a  shocking announcement that they intend to become financially independent’ and to ‘balance’ their time between the U.K. and North America.

He, however, did not state the cause of his disappointment.

Thomas Markle and her daughter have been estranged for so many year. He has not had contact with her even before her wedding to Prince Harry in 2018.

In an interview with the Daily Mail newspaper last year, Markle pleaded for reconciliation.

‘I would like them to send me a picture of Archie so I can frame it and put it on my wall beside the one of Meghan. Isn’t that what any grandfather would want? I’d love to know if he’s got the famous Markle nose,‘ Markle said.

‘Sometimes I get the feeling people think I don’t love my daughter. I do love her very much. I would love nothing more than to put a picture of Archie in a frame and place it beside the one of Meghan.

‘There was never any problem between Meghan and me until recently. I’ve stayed quiet because Meghan was pregnant with Archie but I’m speaking out now because they and their PR people are continuing to ghost me out of her life.

‘Of course, I’m disappointed not to see Archie. I had hoped becoming a mother would mellow Meghan and she would reach out.’