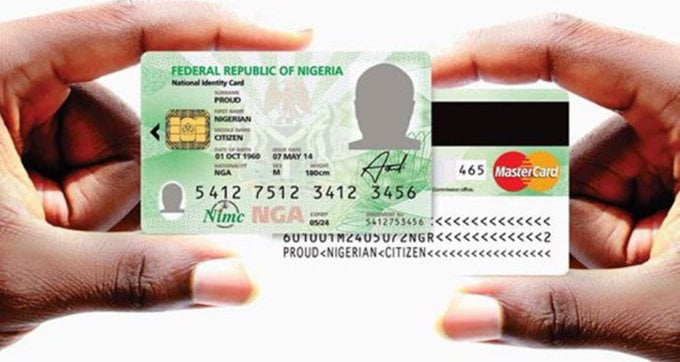 The National Identity Management Commission (NIMC) has announced that all enrolment centres nationwide will give preference to intending applicants who wish to sit for the 2020 Unified Tertiary Matriculation Examination (UTME)/Direct Entry (DE) examinations, for enrolment and issuance of National Identification Number (NIN).

The announcement was made by the NIMC DG/CEO Engr. Aliyu Aziz at the NIMC Headquarters, Abuja, pursuant to the collaboration between the Commission and the Joint Admission and Matriculation Board (JAMB) to make the NIN a compulsory requirement for all applicants wishing to sit for the 2020 UTME/DE Examinations, which is in line with the enforcement of the mandatory use of the NIN as provided in the NIMC ACT of 2007.

Reports across the country have it that intending candidates have started storming enrolment centers to register and obtain their National Identification Number (NIN).

Naija News recalls the Joint Admissions and Matriculation Board (JAMB) had announced it will commence the sales of registration forms for the 2020 Unified Tertiary Matriculation Examination (UTME) from January 13.

The sale of the forms will run through February 17 while an optional mock examination for candidates is scheduled for February 18.

Dr. Fabian Benjamin, the head, media and information of JAMB, had noted on Sunday in Lagos that all prospective candidates must have their National Identification Number (NIN) for registration as the board is not going back on the requirement.

“We also want to emphasise the fact that there is no going back on the use of the National Identification Number (NIN), for the acquisition of the registration documents by prospective candidates.”

The NIMC DG/CEO Engr. Aliyu Aziz, in a statement in December signed by Abdulhamid Umar, General Manager, Operations/Corporate Communications has now revealed UTME/DE applicants will be accorded preferential consideration to enable them get their National Identification Number (NIN).

He said; “UTME/DE applicants are to be accorded special consideration in line with established Standard of the Enrolment processes that includes capturing of the biometric and demographic data of any applicant before the issuance of the NIN and verifying the applicants at the point of UTME/DE registration.”

Also, the DG/CEO reiterated that the success of this collaboration is dependent on the cooperation and participation of all stakeholders and called for the support of the general public in the exercise.