US Vs Iran: Trump's Statue Of Liberty Burnt In Slovenia | Naija News 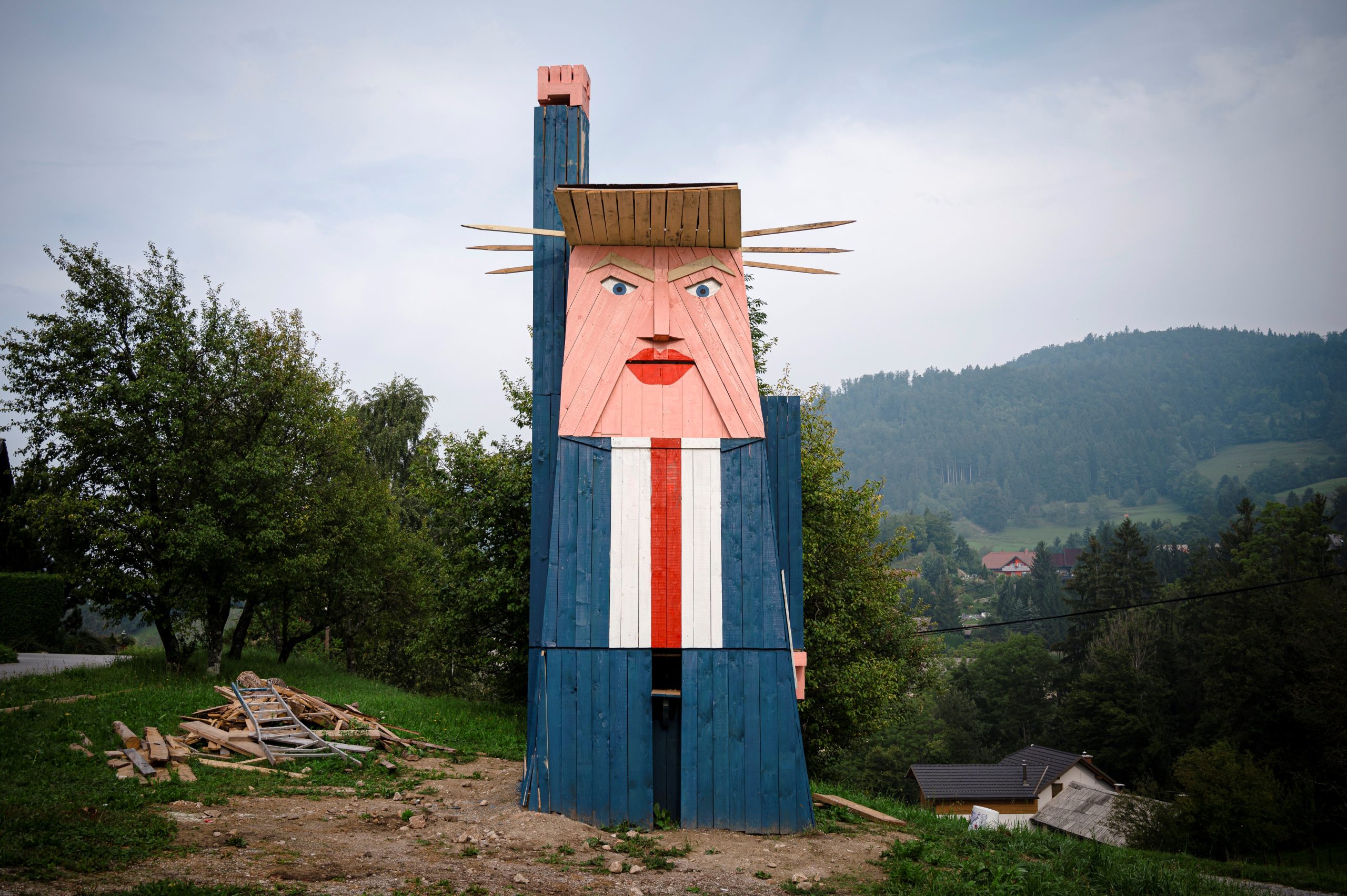 A wooden statue of President Donald Trump which was built by some villagers last year to criticise populist politics has been burnt by some suspected vandals on Thursday.

The twenty-six feet statue of the US President designed with his trademark mane, blue suit, white shirt and red tie was built last August.

The statue which was constructed by the villagers was named “statue of liberty” by architect Tomaz Schlegl.

The status was initially installed in the Sela pri Kamniku village, 30 kilometres (20 miles) north of the capital Ljubljana, however, it was moved in December to the nearby town of Moravce following the increased demand of tourists to see it.

Few days after the statue was moved to Moravce, it was destroyed by some people who drew a moustache on its face in a clear reference to Adolf Hitler.

Firefighters rushed to the scene where the status was but it was completely destroyed. According to Moravce mayor Milan Balazic, police are expected to launch an investigation.

“This is an attack against art and tolerance, against Europe’s fundamental values,” Balazic told Nigeria News, he further stated that many tourists had come to see the statue since it was installed last month.

Balazic had paid 1,500 euros ($1,700) for moving the statue to Moravce, seeing it as an opportunity to promote his small town.

Architect Schlegl said he saw the suspected arson as an act against Trump given recent escalation of tensions after the US ordered a deadly strike against an Iranian general.

“I believe these attacks are understandable bearing in mind what’s happening in the world,” Schlegl told Nigeria News.

Balazic noted that he would install a new sculpture which will be called tolerance status, he added that though it would be constructed with more durable material rather than wood.