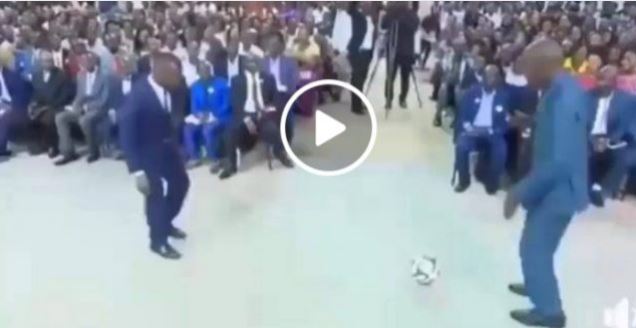 A shocking video has appeared online on Wednesday morning, showing a popular pastor carrying out deliverance in his Church with an item considered strange.

Africa has been labelled as a continent with a high number of fake pastors with many parading themselves as men of God.

The now-viral video on social media shows how a popular Ugandan pastor, Ng’ang’a, was conducting a deliverance with his church members using a football.

The pastor was spotted using a football to perform deliverance on some of his congregants, dribbling them as they fall side to side due to the intensity of the ‘football dribbling miracle power’.