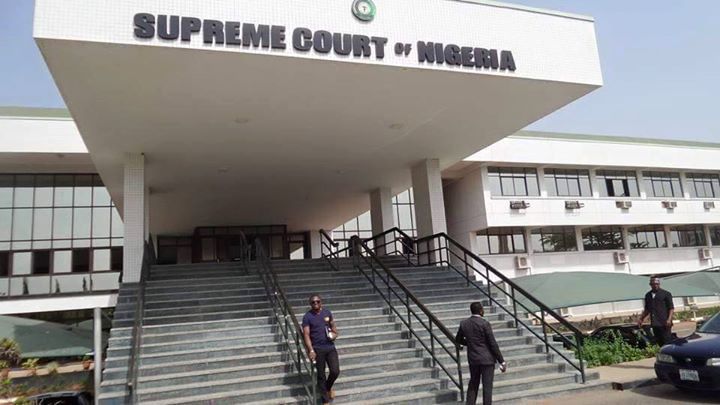 The final verdict on the 2019 election victory of seven governors in Nigeria remains in the balance pending a ruling from the Supreme Court of Nigeria.

There are other appeals by Action Alliance (AA) candidate, Uche Nwosu and the candidate of APGA Ifeanyi Ararume, against Ihedioha’s victory.

However, the Kogi State election dispute is still at the tribunal stage as it was held at a later date precisely November 16, 2019.

Governor Umar Fintiri’s victory in Adamawa State is been challenged by Jibrilla Bindow. INEC had declared Fintiri winner of the March 2019 re-run governorship election with 376,552 votes to defeat Bindow who got 336,386 votes.

Bindow is, however, at the tribunal, alleging issues of over-voting and non-compliance with the Electoral Act as well as irregularities.

In Bauchi State, INEC initially declared the election of March 9 inconclusive as Bala Mohammed polled 469,512 votes while Mohammed Abubakar, who was rounding up his first term scored, 465, 453 votes. After several legal battles, INEC was able to conclude the process and declared Mohammed as the winner.

The PDP governorship candidate in Kano State, Abba Kabir Yusuf is challenging the victory of Gov. Umar Ganduje of the APC.

Yusuf was leading the Kano polls with 1,014,353 votes against Ganduje’s 987,829 votes before the election was declared inconclusive.

However, the table turned during the rerun and Ganduje was declared winner for a second term in office as Kano State Governor.

Governor Aminu Tambuwal of Sokoto State narrowly defeated his closest challenger in the 2019 election polling 512,002 votes as against 511,661 votes by APC’s Aliyu.

This was after the collation was declared inconclusive on March 9, 2019, forcing a re-run on March 23, 2019 during which Tambuwal was returned as winner.