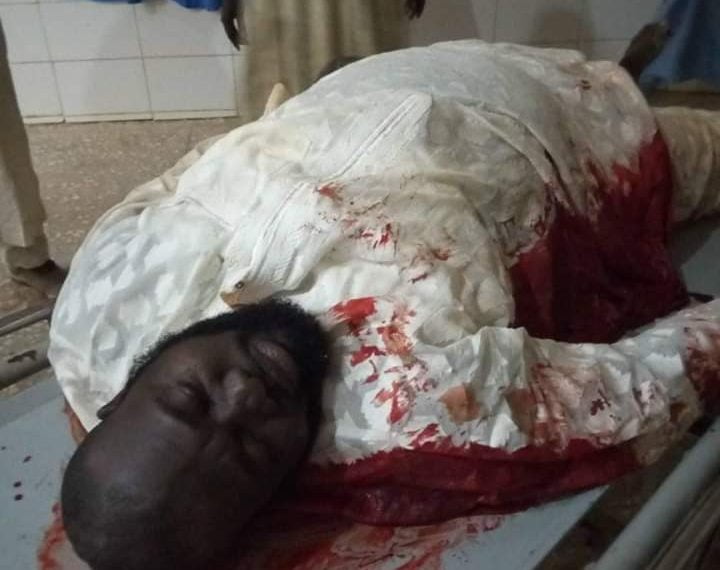 A disturbing photo of the victim of a recent gun battle in Katsina State has surfaced.

Reports on Monday reveals that an Ahmadu Bello University (ABU), Zaria, lecturer, Umar Isah, was murdered at Malumfashi, Katsina State, after a gun battle that lasted several hours between policemen and some suspected armed bandits in the state.

The victim, Isah was said to be a lecturer before his death, at the ABU School of Basic and Remedial Studies (SBRS), Funtua.

According to an eye witness, the police engaged the gunmen in a gun duel that lasted several hours, but unfortunately, the lecturer was killed by the bandits during the fire exchange.

“The gunmen actually tried to abduct the victim but he resisted and due to the pressure from the police, the bandits eventually shot Isah and fled,” said the eyewitness.