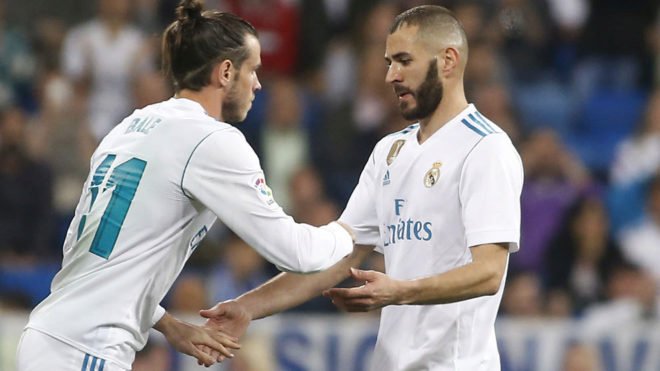 Real Madrid players, Karim Benzema and Gareth Bale are missing as the club announces the squad for Spanish Super Cup.

The duo’s name was ruled out of this week’s Spanish Super Cup to be held in Saudi Arabia.

In two separate statements released by the club on Monday, it was confirmed that the forwards, who both featured in their last Saturday’s 3-0 La Liga win over Getafe, will be missing on the pitch for the money-spinning trip.

Naija News understands that Benzema has a hamstring injury while Bale was said to be “diagnosed with a chest infection.

Their return timescale remains unknown as at the time the report was given.

However, the duo will not travel to Saudi Arabia, where Madrid face Valencia in the semi-finals of a revised four-team tournament on Wednesday.

According to Goal, the Spanish side is set to seal a deal for £25.6million, though Dinamo is requesting for £34.1m million release price.

English Premier League side, Chelsea and Manchester United have also held talks with Dinamo over the future of Olmo.

Olmo who joined Dinamo Zagreb in 2014 has been impressive for the club and has scored eight goals and provided seven assists in 22 appearances for Dinamo.