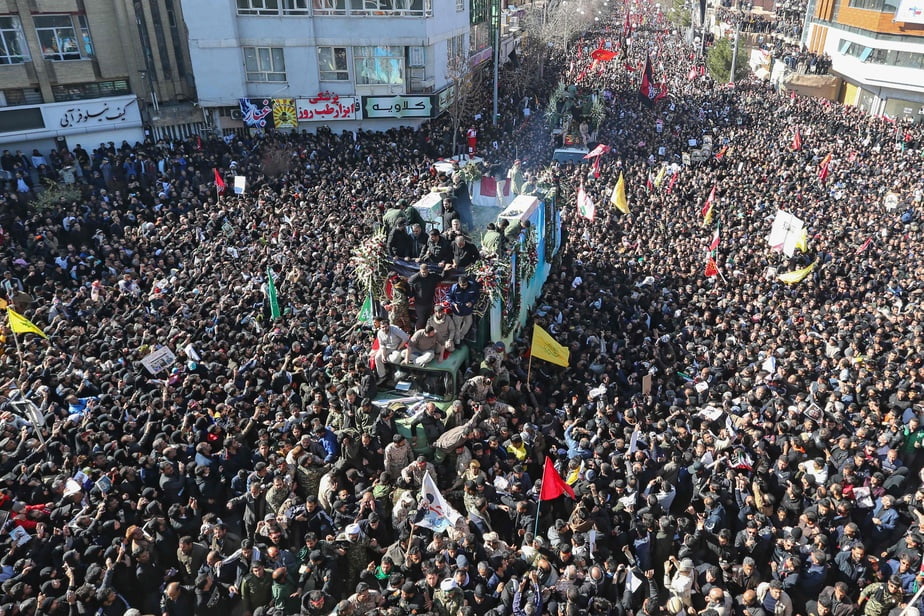 A stampede left at least 32 dead Tuesday during the burial of Iranian general Qassem Soleimani in southeast Iran where a crowd demanded revenge with cries of “Death to America” ​​during the tribute to the general killed in Iraq by an American strike.

“Unfortunately 32 of our compatriots have lost their lives at this stage on the way” they borrowed the coffin of Soleimani, said on state television Pir Hossein Koulivand, head of the Iranian national emergency service.

He added that 190 people were injured.

The centre of Kerman, the birthplace of the officer who is to be buried there in the afternoon, was invaded on Tuesday by a human tide similar to those which swept Sunday and Monday in Tehran and in the other cities where the coffins of the general and his comrades-in-arms killed with him transited for a popular tribute.

Head of the Quds Force, an elite unit in charge of the external operations of the Revolutionary Guards (the Iranian ideological army), Soleimani was the architect of Iran’s strategy in the Middle East.

He was killed on Friday by an American drone strike outside Baghdad airport.

The process of “expelling the United States from the region has begun,” said Major General Hossein Salami, commander-in-chief of the Revolutionary Guards, to the crowd of Kerman.

“We will take revenge, If they (strike again) we will set fire to what they adore”, he said in an enigmatic tone. “They themselves know which places I am talking about”.

The Iranian Parliament for its part adopted on Tuesday in urgency a law classifying all the American armed forces like “terrorists” after the assassination of Soleimani.