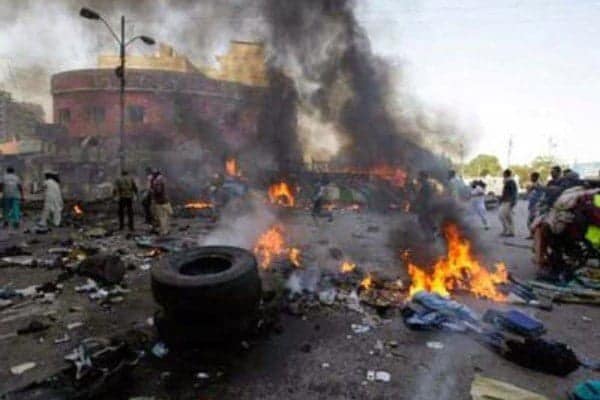 Not less than 30 people in Gamboru, Borno state has been killed by an improvised explosive device that went off on a bridge.

Naija News learnt that the bomb detonated at roughly 5 PM. on Monday, January 6, 2020, on a crowded bridge in the market town of Gamboru that leads into neighbouring Cameroon.

According to Eyewitnesses reports, more than 35 persons were injured and rushed to the local hospital following the attack.

“It is an unfortunate day for us to witness this frustrating and devastating incident in our community. I just heard a loud sound of explosions, before I realized I saw many of our friends and colleagues were killed,” an eyewitness told Reuters

According to a military source, the incident occurred around 7:20 pm when Adeniyi was on his way back to Maiduguri after a visit to troops who were recently deployed to Jakana to strengthen the security in the general area.

“As we were coming back to Maiduguri after we left Jakana, we suddenly started hearing gunshots all over,” the source who pleaded anonymity said.