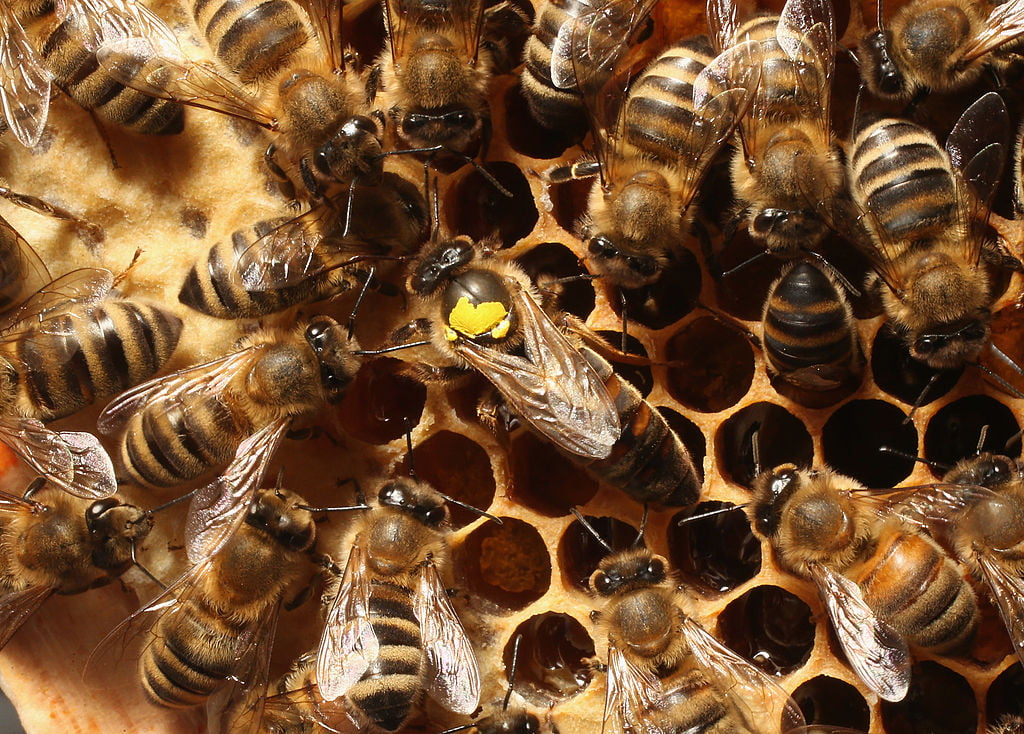 A football match was recently disrupted in Tanzania following the sudden invasion of the football pitch by a swarm of bees.

Naija News understands the game was a Federation Cup match between Young Africans (Yanga) and Iringa United which was played on Saturday, December 21 at the Uhuru Stadium in Dar es Salaam.

The development forced the match to be stopped momentarily, forcing players, officials, and spectators to take cover.

The bee invasion was said to have happened seven minutes into the second half of the game and lasted for about 10 minutes according to Tanzania’s Mwananchi Newspaper reports.

Ali Mtoni Sonso, Yanga star, was injured during the incident and had to be treated by the team’s medical team before returning to the pitch.

Our reporter gathered that Yanga went ahead to win the game after the game resumed defeating their opponents 4-0 with goals from Papy Tshisimbi, Patrick Sibomana, Lamine Moro and David Molinga.

Watch the video of the incident below: