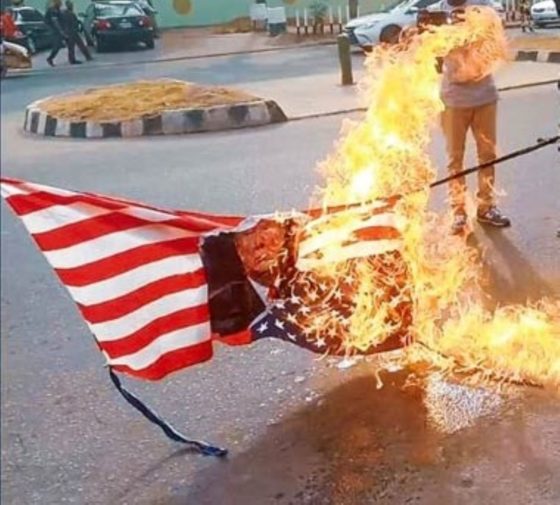 Members of the Islamic Movement in Nigeria (IMN) popularly known as Shi’ites have today led a procession against the US government.

This followed the killing of Iran’s Military General, Qassem Soleimani, after US President Donald Trump ordered an airstrike last Friday.

The Shiites have taken to the Banex, Wuse Area of the Federal Capital Territory (FCT), Abuja to protest.

The group also demanded that their leader, Sheikh Ibraheem El-Zakzaky and his wife, Zeenat who are currently detained, be released.

The angry protesters marched the streets of Abuja chanting hate songs and slogans like “Death To America.”

They also burnt a flag of the United States of America and carried placards condemning the killing of the top Iranian general, and also death to America, death to Isreal.

See some pictures below: