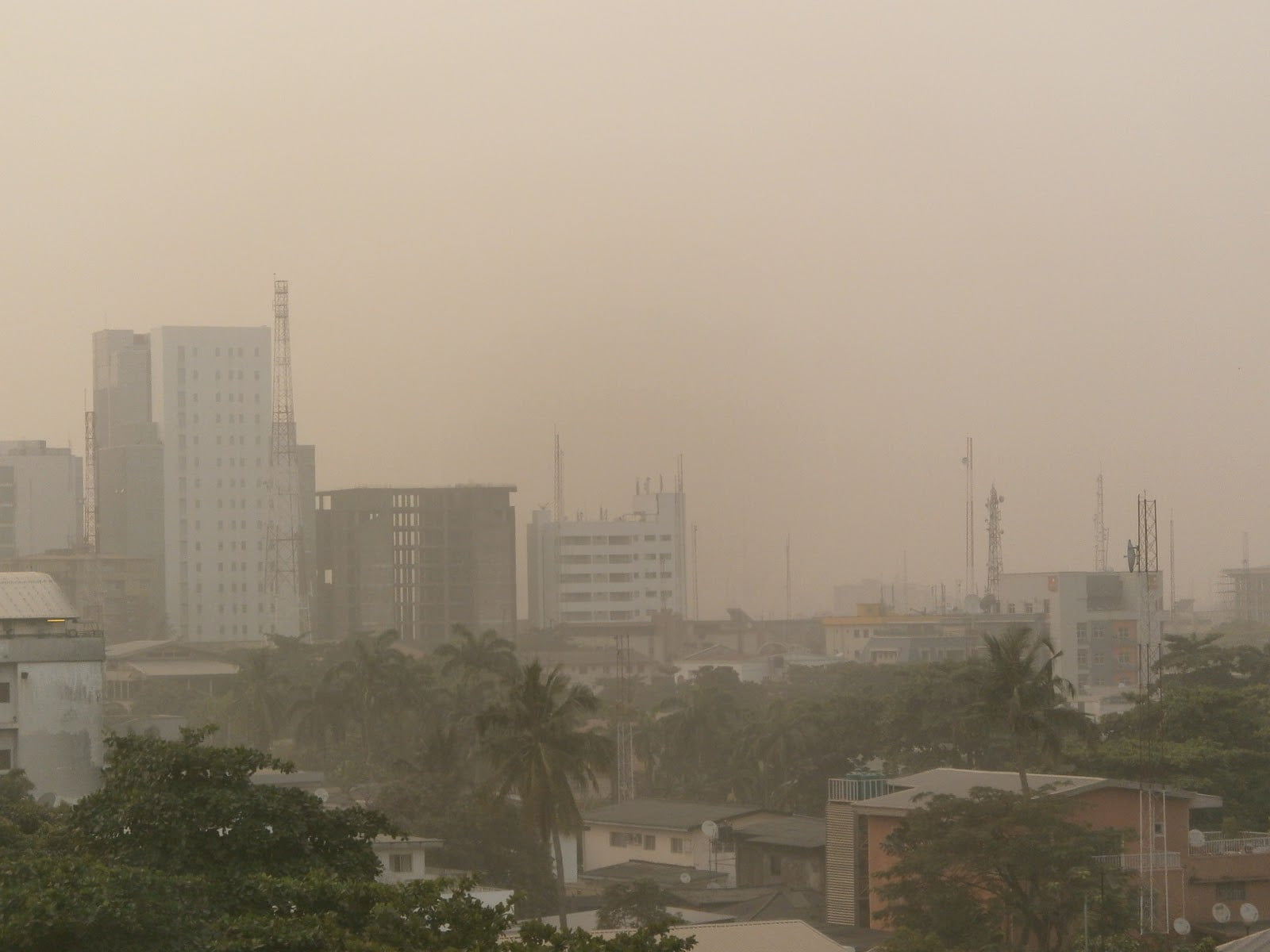 Naija News understands that there has been an outcry from Nigerians of extreme cold in some part of the country since December last year.

This has led to the tragic death of two friends, both residents of Gangare, A community of Jos North Local Government Area of Plateau State, who died on Saturday morning, from charcoal smokes which they made to warm their room from the extreme cold weather before they lay to beth.

Saminu Idris and Idris Dahiru, who are both 25 of age got suffocated and died due to the toxic smoke they inhaled while sleeping.

Mallam Idris Aliyu Adam, father to Saminu Idris confirmed the incident on Sunday at his residence saying that his family has received the story with shock.

He said, “What happened was the will of God. We love them but there is nothing we could do. That is their destiny.”

Labiru Idris, who is also the brother to the deceased, told newsmen that the duo returned home around 11 pm and knocked at his door to demand some charcoal to set up the warmer.

“They came back Friday night at about 11:pm, it was too cold and my brother knocked at my door. My wife opened and he collected Kasco in which they lit up the charcoal to warm the room as they went to sleep,”

According to Labiru who revealed that the incident occurred around, 12:30 am said when he woke up the following morning he smelt some odour oozing out from around the compound. which was as the result of the charcoal the duo burnt to warm the room from the cold weather they have been experiencing since Friday.

He said, “I looked at our kitchen thinking that my wife had ploughed something because electricity was restored, I discovered that the odour was not from there. I slid the window open and smoke came out. I called my brother’s name twice and he did not answer, neither did his friend. I then called my neighbour with whom we forced the door of the room open, but could not enter due to the intensity of the smoke. Later, when we gained access to the room, we found them dead. My thinking or assumption is that somehow, they got suffocated by the charcoal and probably one of them had attempted opening the door, but on the process pushed the warmer, which lit a fire in the room.”

See their photo below as shared by a Facebook user identified as Bello Lukman; 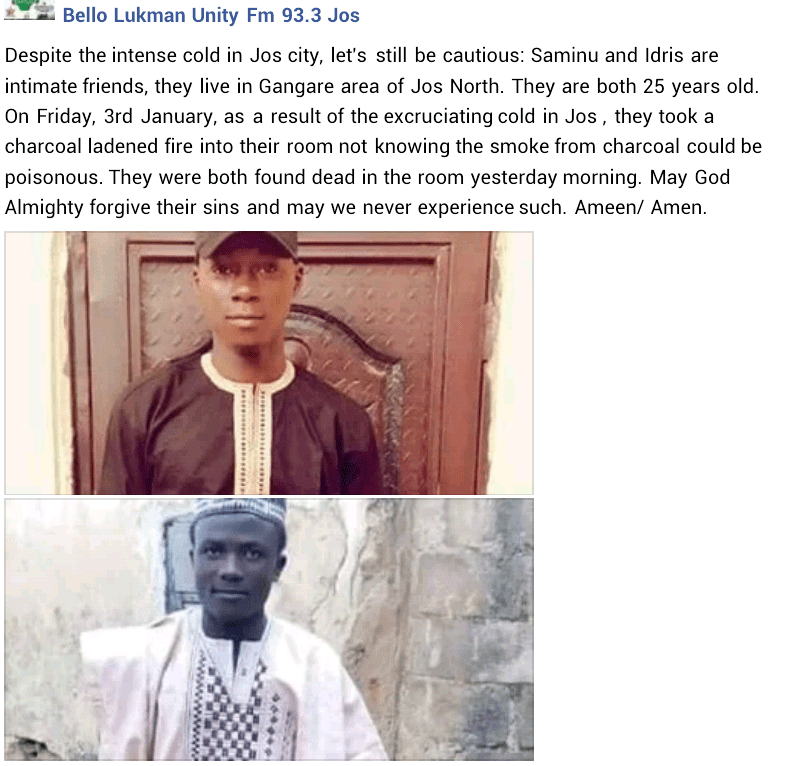