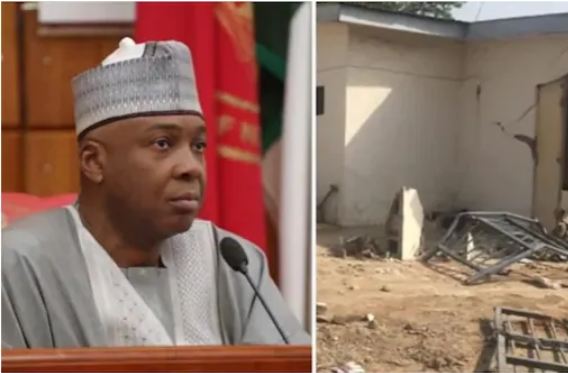 The family of Bukola Saraki, the immediate past President of the Nigerian Senate, says it has secured an ex parte injunction restraining the Kwara State Government, the state House of Assembly and their agencies from further demolition of Ile Arugbo.

Naija News reports that Abdulazeez Ibrahim, one of the family’s lawyers, made this known while briefing journalists in Ilorin, the Kwara state capital on Monday.

Ibrahim explained that the order was yet to be served on the parties concerned because the injunction was secured almost at the close of work on Monday.

When contacted, Salman Jawondo, the Kwara State Attorney General and Commissioner for Justice said the state government was yet to receive the injunction from the court.

The Kwara State Attorney General and Commissioner for Justice promised that the government will comply with the injunction as soon as it is received.