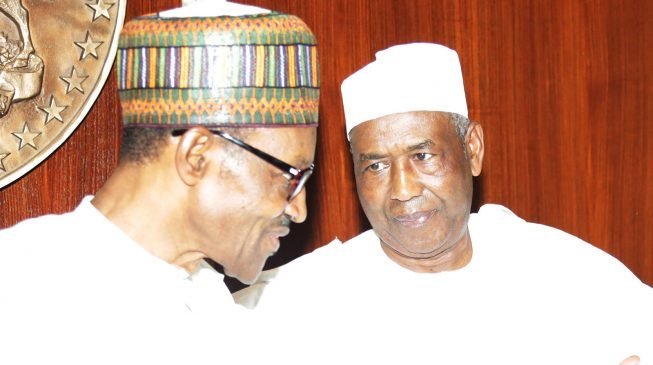 An associate of President Muhammadu Buhari, Isa Funtua, has downplayed the role of any cabal in the present administration.

Recall that Funtua, who hails from Katsina, has been labelled a member of the cabal running the government of President Buhari.

Aisha Buhari, the wife of the president, had on various occasion claimed that her husband was no longer in charge of running the government.

Naija News reports that in December, the first lady accused Buhari’s media assistant, Garba Shehu, of not being loyal to her husband but “to others who have no stake in the compact that the president signed with Nigerians on May 29, 2015 and 2019.”

Speaking on The Morning Show, a programme on Arise Television, on Saturday, Funtua dismissed claims that Buhari is running his government through a group of people.

The president’s ally stated that he is not a member of any cabal but a “cabal myself.”

He insisted that President Buhari is free to have people he trusts around him.

Isa Funta said: “I’m not a member of any cabal, I’m cabal myself.”

“What is cabal? In short, I think it means the kitchen cabinet, people that you trust. People you believe will not deceive you, that they can do things in the interest of the country.

When asked that first lady had alleged that cabal exists in the presidency, he said: “Please, let me hear word, I beg you.”