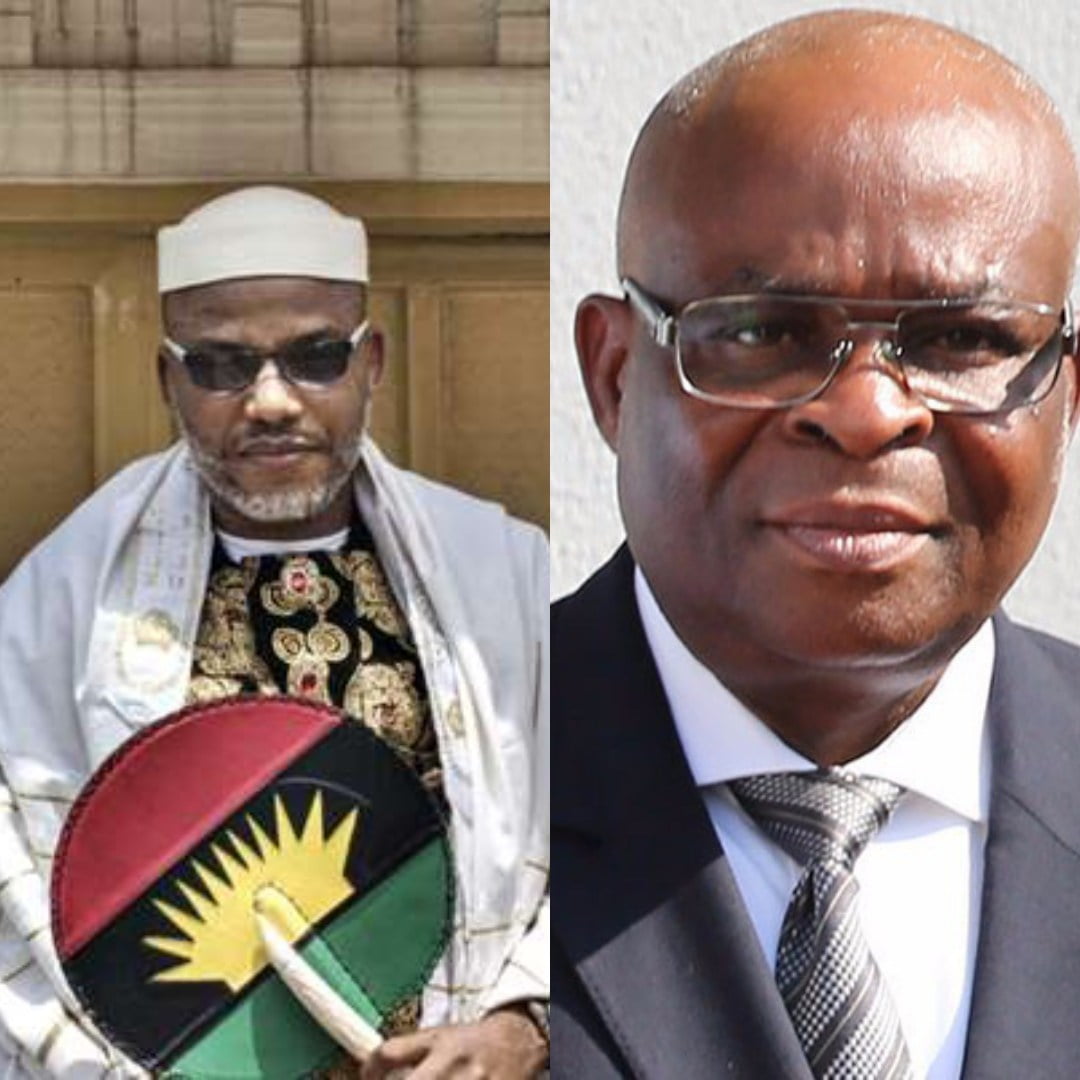 The leader of the Indigenous People of Biafra (IPOB) and Director of Radio Biafra, Nnamdi Kanu, says Nigeria is going through a  phase of slavery in reaction to the appointment of Tanko Muhammad as the Chief Justice of Nigeria (CJN).

Naija News reports that Kanu made this comment during his recent live broadcast on Radio Biafra where he described the CJN as “illiterate Muslim Almajiri.”

The IPOB leader said it was shameful that a country that has “good brains” like former Walter Onnoghen, the former Chief Justice of Nigeria, would appoint Muhammad as CJN.

Describing CJN Tanko as a “Shaira Judge”, the IPOB who is on exile, said the Chief Justice of Nigeria does not understand the law neither does he know the Nigerian constitution, this he said in response to the agitation by CJN Tanko for the inclusion of Sharia in the constitution.

According to Kanu, “We are going through a phase of slavery, using illiterate Muslim Almajiris in the zoo to hold everybody down in bondage. I give you a very simple example before we proceed very quickly.

“I want you to please tell me in which world you will have somebody like Onnoghen and all the learned people who are on the bench be relegated to the background and a Sharia judge appointed as the CJN.

Apparently displeased with the latest treatment meted out to the former head of the nation’s judiciary, Mike Ozekhome (SAN), a lawyer to Atiku Abubakar, in a statement on Saturday, December 14, asked President Buhari what else he wanted from the same man that was embarrassed out of office.