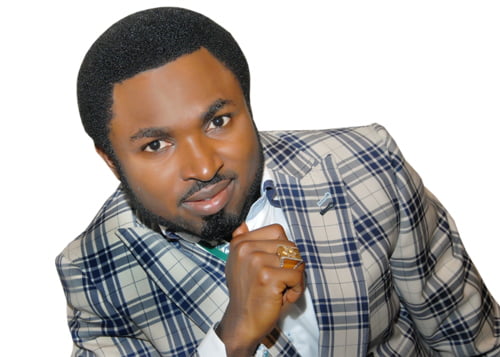 Prophet Emmanuel Omale, the founder of the Divine Hand of God Prophetic Ministry in Abuja, Nigeria’s capital, has released 29 prophecies for the year 2020.

In the prophecies, Prophet Omale said the Naira will more depreciate against major international currencies in 2019, adding that pump price (the current price of petrol) in the country will increase.

Prophet Omale said in his 2020 prophecies that President Muhammadu Buhari will reappoint Ibrahim Magu as Chairman of the Economic and Financial Crimes Commission (EFCC) in spite of massive gang up, adding that the war on corruption will jail two former governors who are currently serving as Nigerian Senators.

The clergyman said President Buhari may effect minor cabinet reshuffle in 2020 and that a prominent minister from the South East under Buhari’s administration needs to get closer to God, to avoid calamity.

Prophet Omale told President Buhari to scrap the visa-on-Arrival for Africans program as it will create an untold crisis in the country.

The prophet said two major markets will be engulfed in flames and that traders should insure their shops and goods.

Prophet Omale also said there are a lot of enemy arrows being shot at the first lady, and her immediate family. She requires special prayers to avert tragedy.

The clergyman said on number 17th of his 2020 prophecies that he sees “prosperity for a lot of Nigerians despite a severe dip in the economy that will affect fixed salary earners.”

Below are Prophet Omale’s 2020 prophecies…

1. President Buhari should scrap the visa-on-Arrival for the Africans program as it will create an untold crisis in the country.

2. His war on corruption will jail two ex-governors who are currently serving as Senators.

3. President Buhari has seen the great success of his war on corruption under Ibrahim Magu and he will submit his name for re-appointment and confirmation in spite of massive gang up.
4. Let’s pray for the health of a former Nigerian president who may not make it to 2020

5. There are a lot of enemy arrows being shot at the first lady, and her immediate family. She requires special prayers to avert tragedy.

6. The Nigerian security agencies should activate their intelligence gathering mechanism to avert a terrorist driver ramming into early morning commuters in Abuja.

7. A serving Governor from North-West Nigeria will experience tragedy in his family, but seeking the face of God will prove beneficial.

8. Governor Rotimi Akeredolu must pray against a terminal illness.

9. So also, a prominent minister from the South East needs to get closer to God, to avoid calamity.

10. A retired general from the North East may be implicated in a coup attempt.

11. Two major markets will be engulfed in flames. Traders should ensure their shops and goods.

12. The rains will be unusual in their pattern this year, and we will see severe flooding nationwide.

13. Kidnapping on major highways may increase around the Easter period but this can be mitigated by security agencies’ diligence

16. The Deputy Senate President should pray against the enemy’s attack on his health.

17. I see prosperity for a lot of Nigerians despite a severe dip in the economy that will affect fixed salary earners.

18. A major old generation bank will face a serious challenge and may collapse except for God’s intervention.

19. Christians should be exemplary in their conduct, especially one of the largest churches in the south-west that may immerse in a big scandal.

20. A telecommunication magnet from the South West should pray against stroke and eventual bedridden paralysis.

21. The Chief of Staff to the president, Mallam Abba Kyari is trusted by the president. He should, therefore, pray against a well-orchestrated set up that may result in his removal.

22. President Trump may still get re-elected unless the Democrats field Mr. Bloomberg.

23. A major airline will face a major crisis that will collapse if they don’t seek the face of God.

24. Governor Obaseki will find it hard to get re-elected in Edo state unless he seeks the hand of God.

25. The Naira will depreciate against major international currencies, we need God to intervene.

26. A former President of Ghana will win elections in Ghana.

28. An ex-militant in Bayelsa will die in assassination and this may throw the region into turmoil.

29. I see President Buhari and Magu making a good name for Nigeria on the fight against corruption.