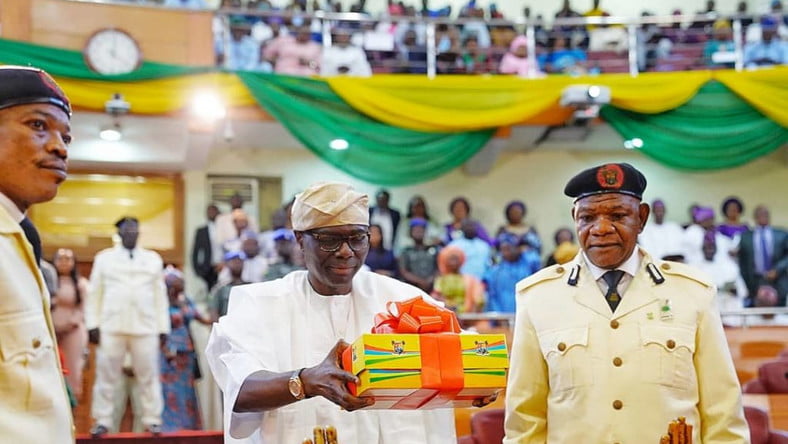 The Lagos State House of Assembly has approved the N1.168 trillion’s 2020 Appropriation Bill as proposed by the Governor, Babajide Sanwo-Olu.

Naija News learnt that the budget was approved by the House through a voice vote conducted by Speaker, Mudashiru Obasa.

With the amendments, the approved budget contained N451, 528, 914, 805 from the Consolidated Revenue fund as the recurrent expenditure and N711, 032, 979, 185 from Development Fund as the total capital expenditure.

Sanwo-Olu had presented a budget of N1.168 trillion for 2020 on Friday 8 November, 2019 with education, and healthcare as top priorities.

The proposed budget is to be funded by a projected Total Revenue of N1.071 trillion and a deficit amounting to N97.53 billion.

The budget size was higher than the 2019 budget by 34%. Capital Expenditure amounts to N723.75 billion while the Recurrent Expenditure is N444.81 billion, giving a 62:38 capital to recurrent ratio.