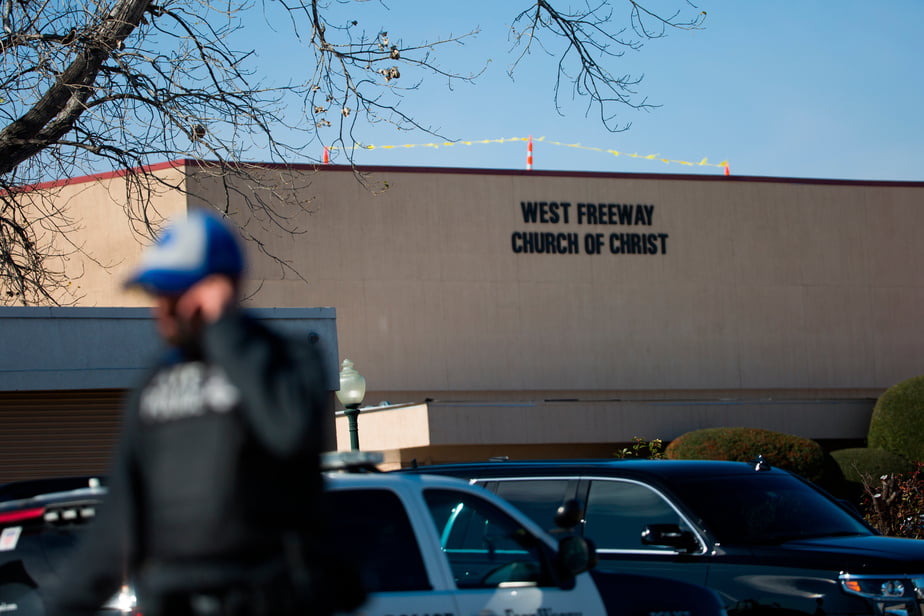 Parishioners from a church in Texas, in the southern United States, shot dead a man on Sunday who opened fire during a live broadcast service and killed two worshipers.

The FBI, the US federal police, said it was investigating to determine the motives for the attack.

“At approximately 10:57 am local time, police and firefighters in White Settlement were notified of gunfire at West Freeway Church of Christ,” barracks spokesman Mike Drivdahl told Nigeria News. firefighters from Forth Worth, whose church is nearby. “When they got there, they saw that there had been beatings,” he added.

“Two members of the church responded with gunshots, hitting the suspect who died on the spot,” White Settlement chief JP Bevering told reporters.

He praised the “heroic acts of these parishioners”, adding that one of the victims of the attacker died in a local hospital.

The church regularly posts its religious services and a video of the attack was broadcast live on its website.

“Places of worship are sacred and I am grateful to the church staff who acted quickly to neutralize the attacker and prevent further lives from being lost,” said Republican state governor Greg Abbott.

Texas Attorney General Ken Paxton said he was “in shock and saddened.” Texas Public Security Department chief Jeff Williams said, “Two heroic parishioners have prevented the worst, saved countless lives, and our thoughts are with them.”

In November 2017 in Texas, an assailant shot and killed 26 worshipers on Sunday worship in a baptized church in Sutherland Springs. The gunman was dead, hit by several bullets after a chase with two civilians who had chased him.

About 40,000 people were shot dead in 2017 in the United States, one of the countries with the most firearms in circulation on the planet.