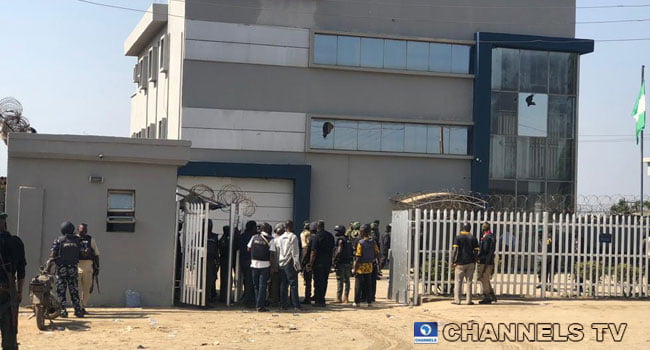 Operatives of the Nigeria Police and Army have trapped some suspected armed robbers in a First Bank of Nigeria branch in Mbappe area of Abuja.

The armed robbers reportedly gained entry into the bank on Saturday morning after shooting sporadically to scare away people.

However, they have been unable to leave following a police siege.

It was gathered that some policemen and soldiers were immediately deployed to the area and have surrounded the bank premises.

There is ongoing chaos in the area, a densely populated suburb, as residents and passersby have gathered, watching the scene play out.

Deputy Police Public Relations Officer, Mariam Yusuf, later confirmed the arrest of four of the robbers while one was killed in an exchange of gunfire with the Police.