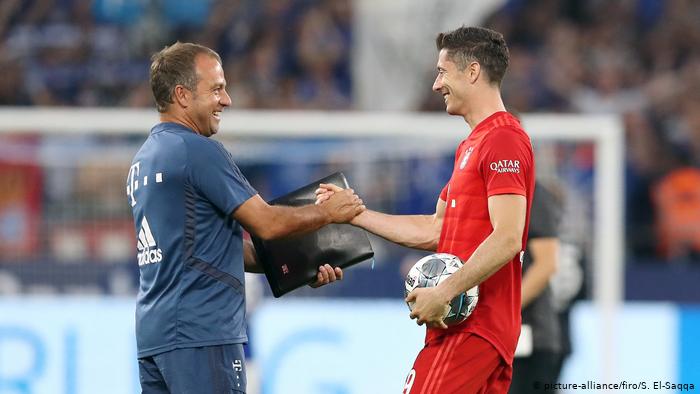 Bayern Munich has announced that interim boss Hansi Flick will remain in charge until at least the end of the Bundesliga season.

Naija News reports that Flick has won eight of his 10 games in charge.

“FC Bayern and Hansi Flick have agreed” that he “will remain head coach… at least until the end of the current season,” the club said in a statement.

“A continuation of Hansi Flick as head coach beyond that is a conceivable option for FC Bayern.”

Recall that Bayern had sacked former manager Niko Kovac after 16 months in charge.

Kovac was dumped by Bayern following their 5-1 thrashing at Eintracht Frankfurt, their worst league defeat in 10 years.