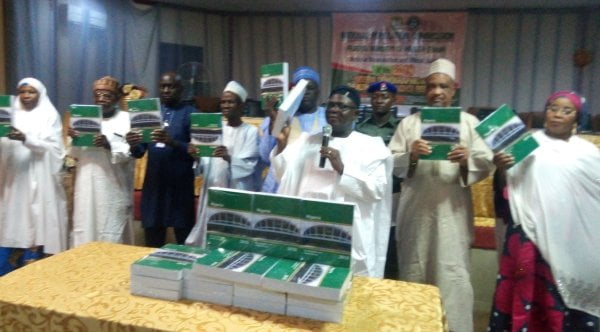 The National Population Commission (NPoC) in collaboration with the Federal Ministry of Health, has conducted the first genotype testing of children.The Federal Commissioner of the commission, Dr Clifford Zirra, made this know in Yola at the National Dissemination and Official Launch of the 2018 Nigeria Demographic and Health Survey (NDHS) report.

Zirra, said the Nigeria piloted genotype testing was conducted on children aged 6-59 months for sickle cell disease for the first time in a demographic and health survey anywhere in the world.

He said the genotype testing was carried out in a subsample of more than 11,000 children.

The commissioner said 20 percent of the children have the sickle cell trait, while the overall prevalence of the disease in Nigerian children aged 6-59 months is 1.3 percent.

He noted that result of the survey also showed some significant outcome in area like  disability, that would be relevant to the social development statistics in planning for the wellbeing of persons living with disability in the country.

“The practical value of the information contained in the 2018 NDHS report is enormous and we have collectively worked very hard to generate and present it to Nigerians today,” Zirra said.

He lauded partners of the commission like USAID, Bill and Melinda Gate Foundation, Global Funds, UNFPA and WHO for their support.

“It is our hope at the commission that the end users of this official launch of 2018 NDHS report; policy makers, relevant MDAs, the organized private sector and other data end-user will take this report as a call to action, study it very carefully and use the data to identify priority action areas,” the commissioner said.

In his speech at the launching, Gov. Ahmadu Fintiri of Adamawa who was represented by his Chief of Staff, Mr Maxwell Gidado, assured his administration’s commitment to continue to rely on data and information provided by the commission in planning and policy making to ensure better outcomes in good governance, transparency and accountability.

Fintiri noted that most challenges in social sector was not as a result of lack of political will but absence of accessible data that could be processed into actionable plans.

“My government will continue to collaborate with relevant bodies like National Population Commission and Federal Ministry of Health in targeting and attaining high standards of project execution based on needs assessment predicated on the state’s demography.

“It is in line with this realization that my government welcomes and expects positive outcomes from the dissemination and official launch of this report“, Fintiri said.

Highlight of the occasion is the formal launching of the report by the governor’s representative.