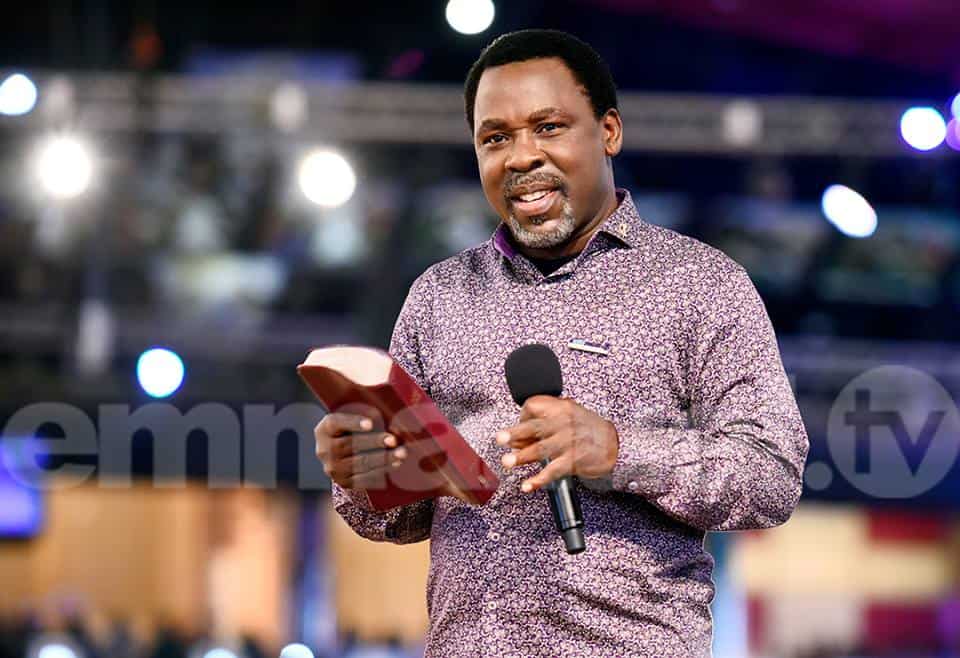 A video has surfaced online of Nigeria prophet and senior pastor of the Synagogue Church of All Nations, TB Joshua predicting a ‘vote of no confidence’ on United States President, Donald Trump.

On 6th November 2016, just days before the US election won by President Donald Trump, TB Joshua predicted that the winner of the US election will face challenges, including a ‘vote of no confidence.’

In the video TB Joshua said: “The new President will be facing challenges over many issues – including passing bills and an attempt to possibly pass a vote of no confidence in future.

“In summary, I can see that the boat of the new President will be rocked.”

Naija News reports that Trump is currently facing impeachment proceedings in the US House of Representatives led by Speaker Nancy Pelosi.

Evidence showed that Trump threatened to withhold security aid from Ukraine and a White House visit on the condition they announce an investigation into his political rival and former Vice President Joe Biden.

Trump has also faced huge challenges in passing bills – such as failure to repeal and replace Obamacare and the inability to build the border wall he passionately campaigned for.