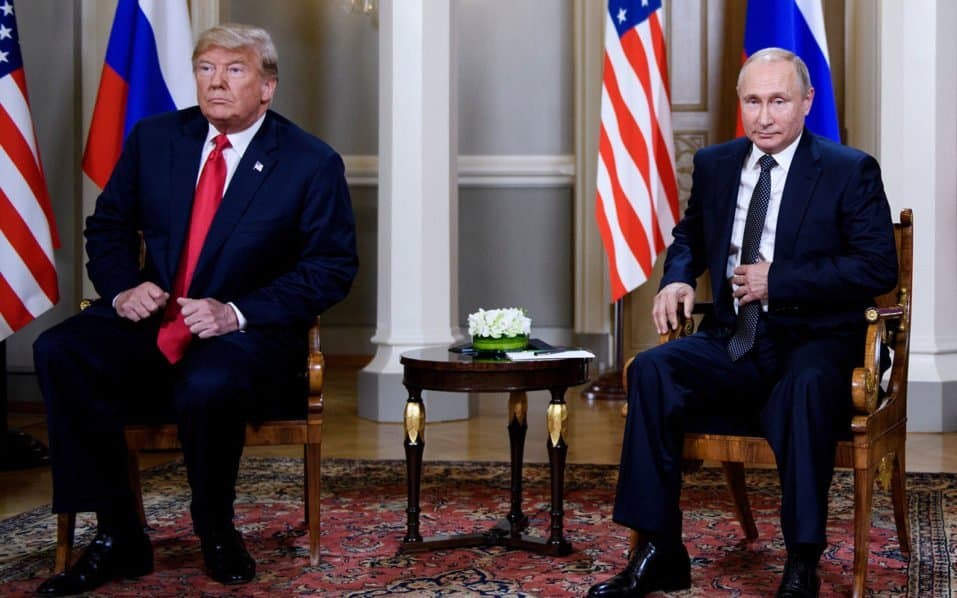 Russian President Vladimir Putin has said the impeachment of United States President, Donald Trump would be dismissed by the US Senate.

Naija News reports that Donald Trump was on Wednesday impeached by the US House of Reps for abuse of power and obstruction of Congress.

Trump was impeached by the House at exactly 8:23 pm Eastern Time following a fierce debate and vote on two articles of impeachment against him after weeks of testimony related to his dealings with Ukraine.

This online news platform understands that the House voted 230-197 to impeach Trump for abusing his power in his dealings with Ukraine and voted 229-198 for obstruction of justice. Both articles of impeachment were passed.

House Speaker, Nancy Pelosi, who kicked off formal impeachment debate on Wednesday, in a lengthy speech called impeachment “one of the most solemn powers this body can take.”

“No member, regardless of political or party, comes to Congress to impeach a president,” said Pelosi.

Reacting while speaking at a news conference, Putin noted that President Trump’s Republican Party has the majority in the Senate.

He said: “It’s unlikely that they would want to remove their party’s representative from power for what are in my opinion absolutely fabricated reasons.”

According to the Russian president, the Democratic Party was out to revenge their loss in the 2016 presidential election.

“One party that lost the election, the Democratic Party, is achieving results with other methods, accusing Trump of collusion with Russia, then it turns out there was no such collusion,” Putin said.