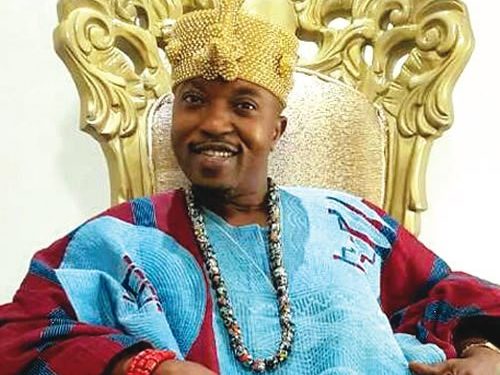 Oba Abdulrasheed Akanbi, the Oluwo of Iwoland, has parted ways with his Jamaican wife, Chanel Chin.

This was disclosed in a statement on Sunday by the Oluwo’s Press Secretary, Ali Ibrahim.

Ibrahim stated that the couple decided to end their marriage after irreconcilable differences.

The statement reads in part, “This is to inform the general public, most especially friends and associates of the Oluwo of Iwoland, His Imperial Majesty, Oba (Dr.) Abdulrosheed Adewale Akanbi, Telu I, that Ms Chanel Chin is an ex-queen of his majesty.

“This information is necessary for the attention of the general public to avoid representation on proxy or accordance of respect attached to the sacred stool of Oluwo to her.

“For personal irreconcilable differences, Chanel Chin ceased to be his Majesty’s queen.”

Naija News reports that the marriage between the Oluwo and his former Wife produced a son named Oduduwa.