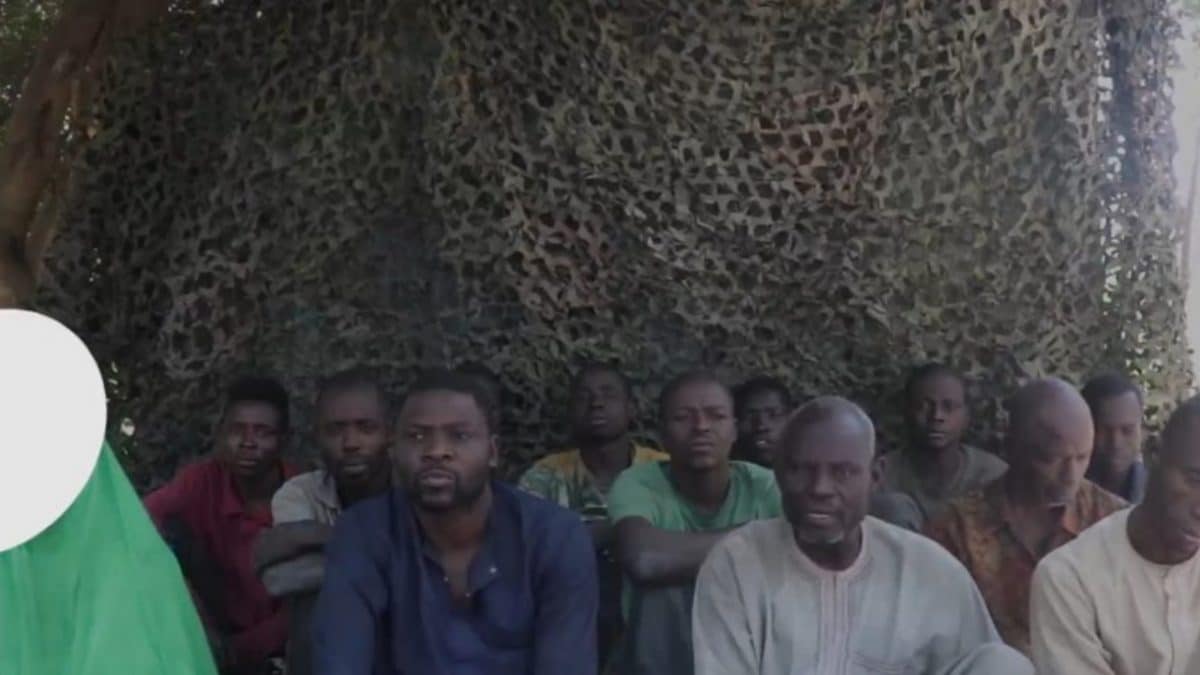 President Muhammadu Buhari‘s administration has been charged by a college lecturer and ten other individuals who were recently kidnapped by Boko Haram insurgency to come to their rescue.

The development is coming barely 24 hours after the execution of four aid workers by Boko Haram. The aid workers who were executed by the terrorist were abducted along the Damaturu-Maiduguri highway.

Bitrus Bwala, who identified himself as a principal lecturer at the College of Education Gashua, in Yobe State, in a video released by Ahmed Salkida, a journalist known to have access to Boko Haram leadership, stated that he has witnessed the recent killing of aid workers in Borno.

In the video that was released a female who’s face was blurred was spotted, however, it was not clear if the individual was Leah Sharibu.

Bwala in his plea urged CAN to intervene in the abduction, he stated that they are not safe because the kidnapped victims are all Christians.

“I was on my way to my station on the 27th of November 2019 when I was abducted by the Tilafa army (Boko Haram) I appeal to the federal government to come to our aid.”

“We witnessed the recent killing of humanitarian aid workers. As you can see sitting behind me are fellow Christians who were abducted at different points and brought to this place.”

“I, equally, appeal to the Christian Association of Nigeria to do whatever they could do within their reach to come and rescue us; because when we came here, we saw some workers here, especially workers of food organization but they were later executed.”

“We, therefore, appeal to President Muhammadu Buhari to do whatever it takes to come to our rescue.”

“We equally appeal to our various governors to come to our aid and rescue us.”

“The leadership of Christian organizations we appeal to you to liaise with the federal government and push for the rescue of all captives here.”