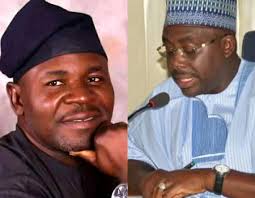 Hon. Joseph Kunini Albasu representing Lau was recently elected Speaker of the Taraba State House of Assembly, following the sudden resignation of the erstwhile speaker Abel Peter Diah.  Fielding questions from newsmen Hon. Albasu said, there is no division in the state house of Assembly.

The Assembly has just witnessed a change of leadership, what is the cause for the division between the state lawmakers that led to this sudden change? 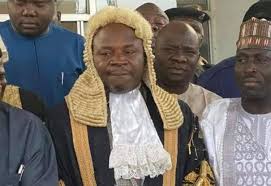 Now you emerged the new speaker in what looks like ‘palace-coup’ how do you intend to consolidate on the gains of the previous speaker?

Well, right from when this Assembly was created, we have raised a lot of documentaries on how our predecessors have led this House and you can bear witness that since 2010 when I emerged one as one of the Honorable Members of this Assembly, this House has never undergone any rancor and I’m going to build on the spirit and wisdom of my predecessors to make sure that the harmonious relationship that has existed between honorable members are built upon.

It is incumbent and beckons on me to make sure I consolidate on what my predecessors have done. Like I told you in the first instance that there has never been any time that this house went on rancor and you can see that if this House has been on rancor, we wouldn’t have had this enabling environment to come here today and sit. I am going to understudy what my predecessors have done, benchmarked it and carry along this assembly to make sure I perform what is required of me.

What will be your relationship with the executive, judiciary and how do you intend to carry along the People of Taraba State?

As students of political science,  we are all aware that by the doctrine of separation of power and the philosophy of checks and balances, but of course like I said, even the proponents of the doctrines, the rule said had agreed that there can never be a watertight separation of power. Therefore, the parliamentarians are encouraged that what they need to do is to explore the areas of common interest. So we are going to explore the area of common interest to make sure there is harmonious relationship between the three arms of governments despite the fact that the judiciary are career civil servants but there is a relationship that exists between the three arms of government, and we are going to work on it to make sure there is harmonious relationship and the interest, first and foremost is Taraba and not any individual. Therefore, I am sure all the honorable members have the interest of Tarabans at heart, and we are going to make sure we explore that to make sure Taraba is doing well among the committee of state.