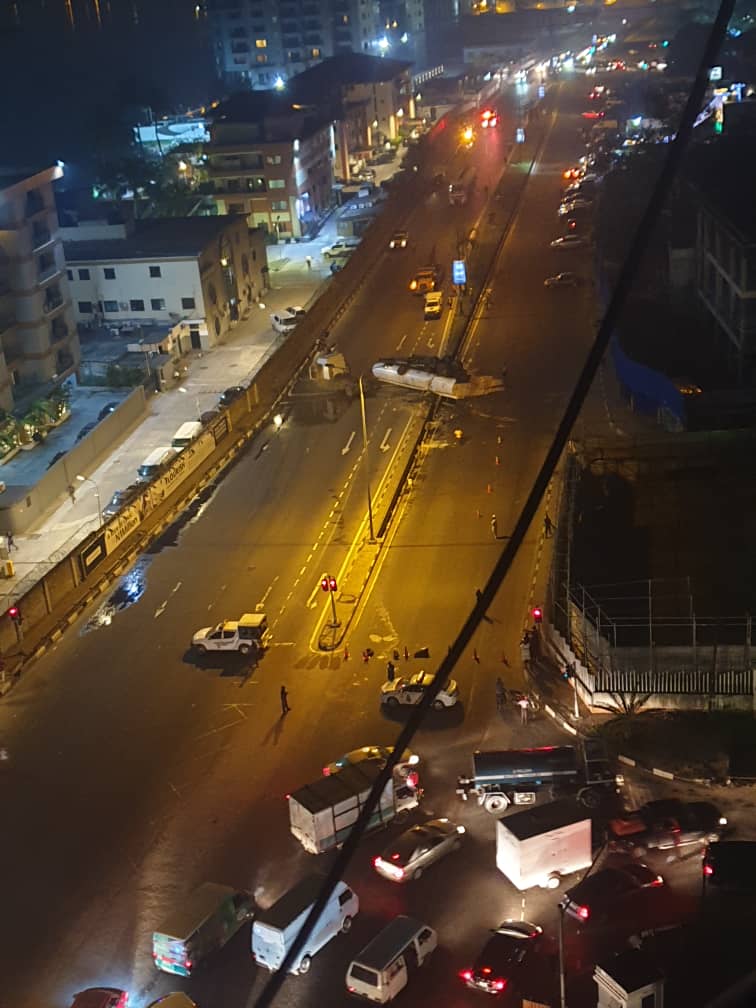 A petrol tanker fell and spilt its content on Ozumba way, few metres away from Cactus in Lagos Island.

Naija News learnt that some yet-to-be-identified area boys stormed the scene of the incident to fetch the petrol rather than finding ways to salvage the incident that is leading to traffic build-up.

According to an eyewitness report, the traffic formed two lanes on the Quilox side of the road, motorists and residents are been told to take an alternate route to enter Victoria Island in order to avoid Ozumba. 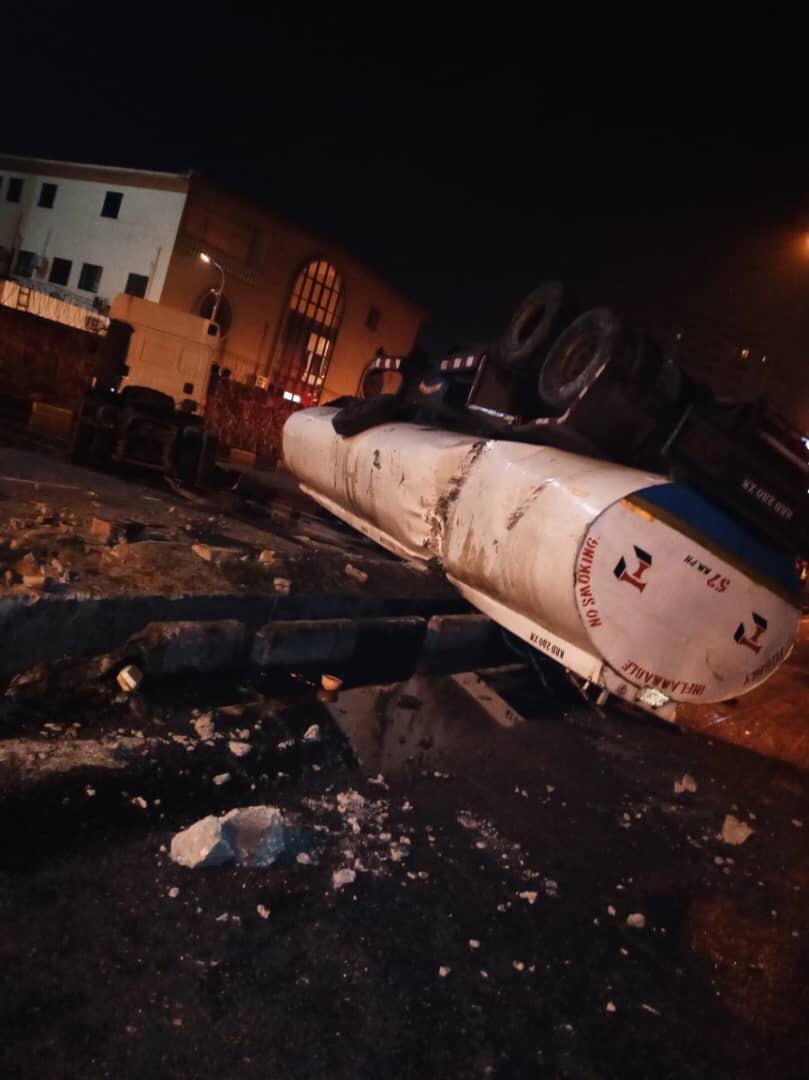 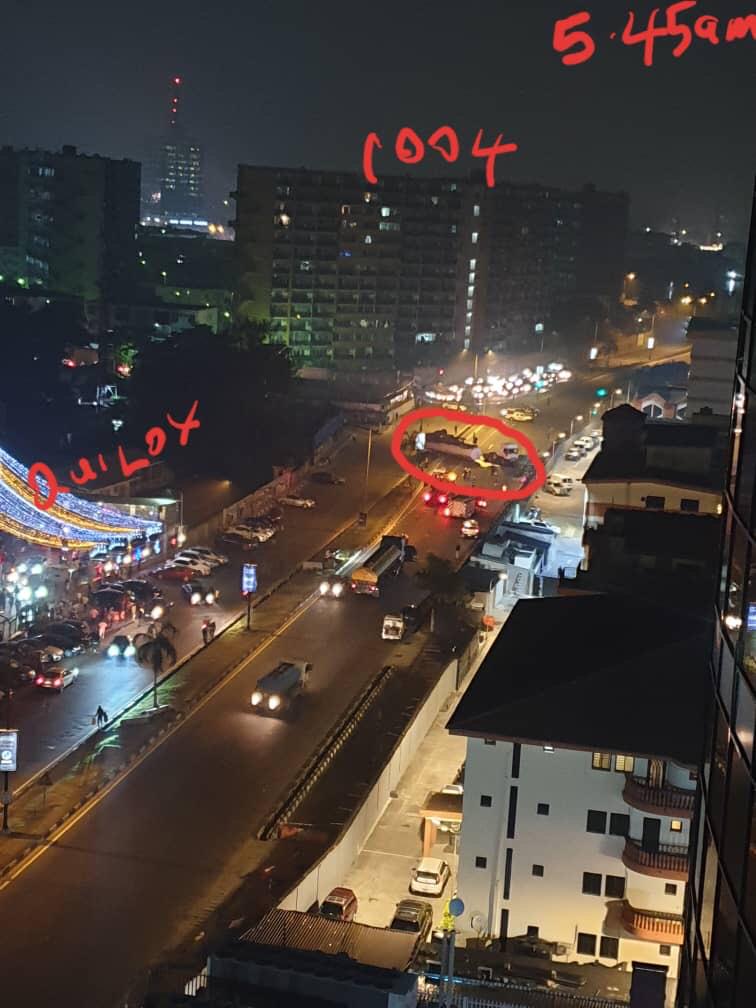