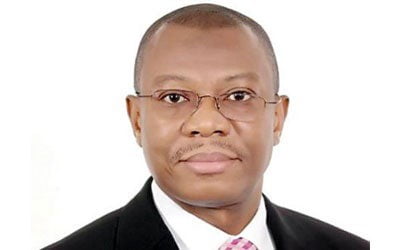 Razack Adeyemi Adeola (born January 30, 1959) is a Nigerian banker notable for winning the 2014 Business Day (Nigeria) Outstanding CEO Award and the 2015 The Sun (Nigeria) Banker of the Year. Adeola’s tertiary education was at Obafemi Awolowo University where he graduated with a law degree in 1982. In 1983, he was called to the Nigerian Bar.

He later went to the University of Lagos where he enrolled as a postgraduate student for a Law degree and specialized in the Law of Secured Credit, Comparative Company Law and International Economic Law. Mr. Adeyemi Razack (Yemi) Adeola has served as Managing Director/Chief Executive Officer, Executive Director of STERLING BANK PLC since December 2007. a role he has held since December 2007. He has over 25 years of experience spanning banking and finance, law, corporate consulting and academia.

Mr Adeola commenced his banking career with Citibank in 1988 serving as Chief Legal Counsel & Company Secretary; later as Executive Director, Public Sector & Infrastructure Banking; and subsequently the Commercial Banking Segment. He left Citibank in 2003 to pursue the turnaround project of Trust Bank of Africa Limited (TBA), serving as the Deputy Managing Director between 2003 and 2005. Upon the consolidation of TBA into Sterling Bank in December 2005, Mr Adeola assumed the role of Executive Director, Corporate and Commercial Banking and remained in that capacity until December 2007 when he was appointed as Managing Director/Chief Executive Officer of the Bank till 2018.