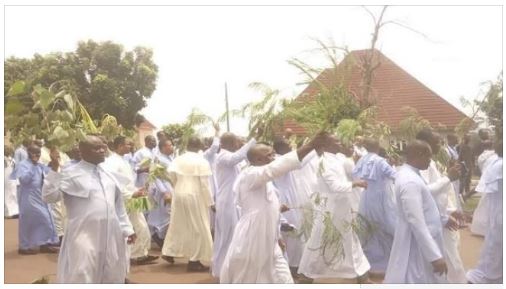 Two Catholic priests who were kidnapped in Ondo state, southwest Nigeria, have regained freedom after five days in captivity.

Naija News reports that the Catholic priests were kidnapped on Friday evening at Elegbeka area of Ose local government area of Ondo, on their way to Akure, the state capital, for a wedding ceremony.

This online news platform understands that the suspected kidnappers had demanded a ransom of N100 million to release the two priests, Joseph Nweke and Felix Efobi, from Awka Catholic diocese of Anambra.

Commenting on their release, the police public relations officer of the state command, Femi Joseph, said no ransom was paid before the priests were freed.

The Ondo State Police PROP said they were released as a result of the efforts of the men of the command who had since combed the forest where the victims were taken to.

His words: “I can confirm that the two priests have been rescued from the den of the hoodlums. Immediately the incident happened, we have deployed our men to comb the forest, it was when we closed in on them that they released the victims and ran away,” he told reporters on Wednesday.

“Even after they have been released, we are still after the bandits and very soon we will get them,” he added.