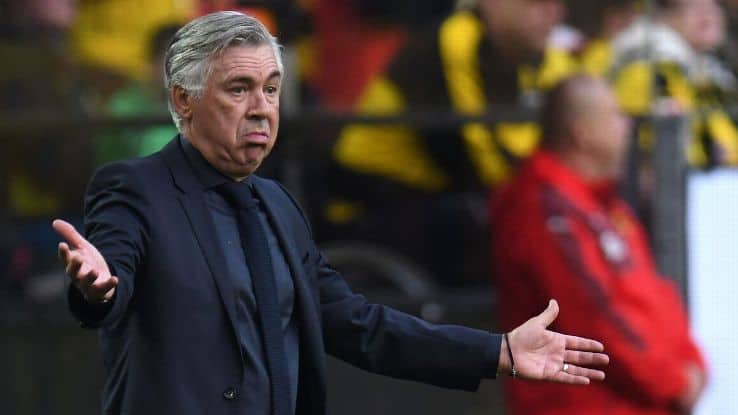 North London Premier League club, Arsenal are reported to have opened contract talks with Carlo Ancelotti about becoming the club’s next manager.

As earlier reported by Naija News, Ancelotti was sacked from his position at Napoli on Tuesday despite guiding the club to a 4-0 win over Genk and securing qualification for the last-16 stage of this season’s Champions League.

Reports by The Sun says Arsenal are keen about bringing the 60-year old manager back to the Premier League.

It will be recalled Arsenal are currently in the market for a permanent head coach following the sack of Unai Emery from his position at Arsenal.

Ancelotti is seen as a serious contender for the job as he holds Premier League experience following his time with Chelsea in 2010 as well as the fact that he speaks good English.