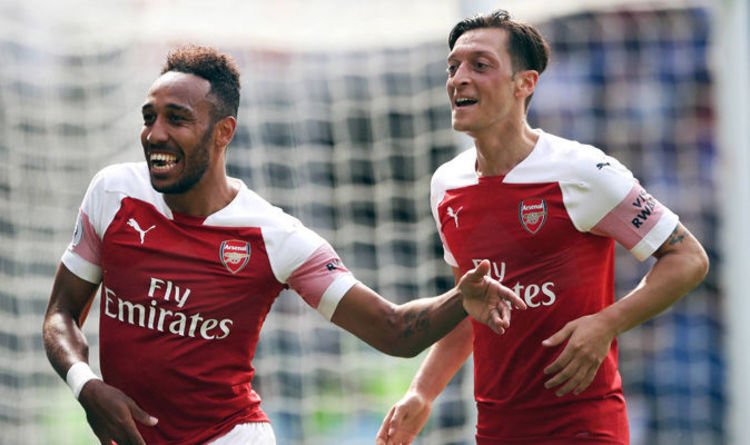 Arsenal midfielder Mesut Ozil has reacted to the Gunners 3-1 victory over West Ham United in the English Premier League (EPL).

The Gunners started poorly allowing Angelo Ogbonna to put West Ham ahead in the 38th minute at London Stadium.

Despite an uninspiring performance in the first half, Gabriel Martinelli’s goal on his full Premier League debut sparked the Gunners back into life.

A spectacular Nicolas Pepe strike made it 2-1 and Pierre-Emerick Aubameyang converted a cross from the former Lille star for the Gunners’ third goal in the space of nine minutes.

Speaking after the match, Mesut Ozil admitted that there was still a lot of work Arsenal needed to do going forward.

In a post on his Twitter handle, Ozil wrote: “Finally a reason to smile again … a little bit!

“That winning feeling is back. How I’ve missed you!! But of course we all know that there’s still a lot of work in front of us #YaGunnersYa #M1Ö #COYG @Arsenal @premierleague.”