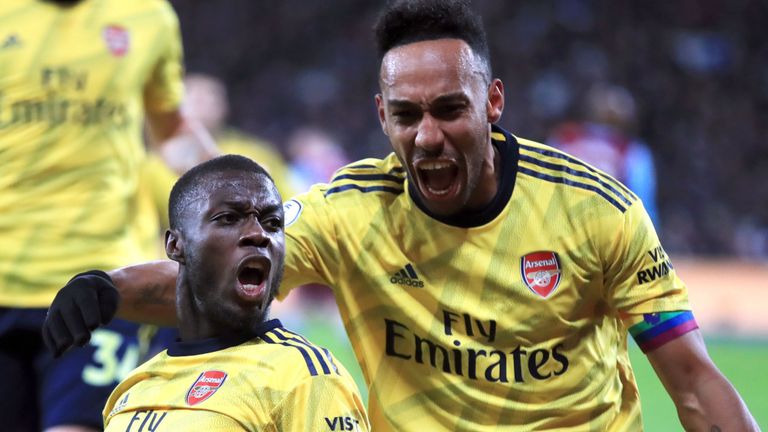 Freddie Ljungberg grabbed his first win as Arsenal’s interim manager in a 3-1 win over West Ham in the English Premier League.

The Swede, 42, has picked up only one point in the two matches he has overseen since he took temporary charge of the team.

Ljungberg, who took charge of the Gunners after Unai Emery sacking, led Arsenal to a 2-2 draw against Norwich and 2-1 home loss to Brighton.

There was already apprehension over whether Ljungberg possesses the expertise to halt the club’s alarming slide, particularly their poor defensive record.

However, Monday’s victory over the Hammers would come as a respite to the former Invincible.

The Gunners started poorly allowing Angelo Ogbonna to put West Ham ahead in the 38th minute at London Stadium.

Despite an uninspiring performance in the first half, Gabriel Martinelli’s goal on his full Premier League debut sparked the Gunners back into life.

A spectacular Nicolas Pepe strike made it 2-1 and Pierre-Emerick Aubameyang converted a cross from the former Lille star for the Gunners’ third goal in the space of nine minutes.

The victory ended a run of nine games in all competitions without a win (D6 L3).