The Lagos state house of assembly has revealed its intended decision on the state’s pension law permitting former governors and other public office holders to receive pensions from state coffers.

The Chairman, House Committee on information and strategy, Tunde Braimoh who made this known during an interview session said the Lagos assembly will not stop the pension of it past governors and deputy governors despite SERAP’s Plea on state’s pension law.

Naija News recalls that a federal high court in Lagos had directed Abubakar Malami, attorney-general of the federation, to challenge the legality of states’ pension laws permitting former governors and other ex-public officials to receive such pensions.

Braimoh, however, faulted the court ruling that ordered Malami to take immediate legal action towards the abolishment of state laws that permit “former governors to enjoy governors’ emoluments while drawing normal salaries and allowances in their new political offices.” He also said that  as long as the law did not contravene the constitution, state assemblies had the right to make laws for the benefit of the society in which they operate.

The lawmaker said separation of powers as enshrined in the constitution empowers the legislature to make laws, the executive to implement and the judiciary to interpret the laws.

Braimoh said he was not aware of any law that restricted state assemblies from making laws for the provision of welfare package of former governors and public office holders.

Below are details of the pension of former governors of Lagos: 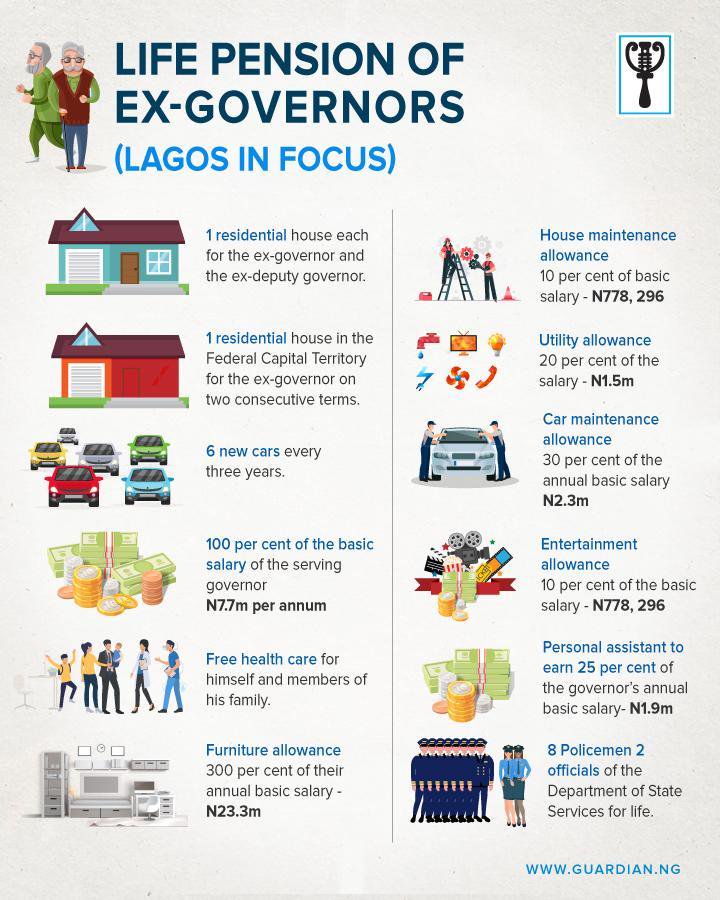