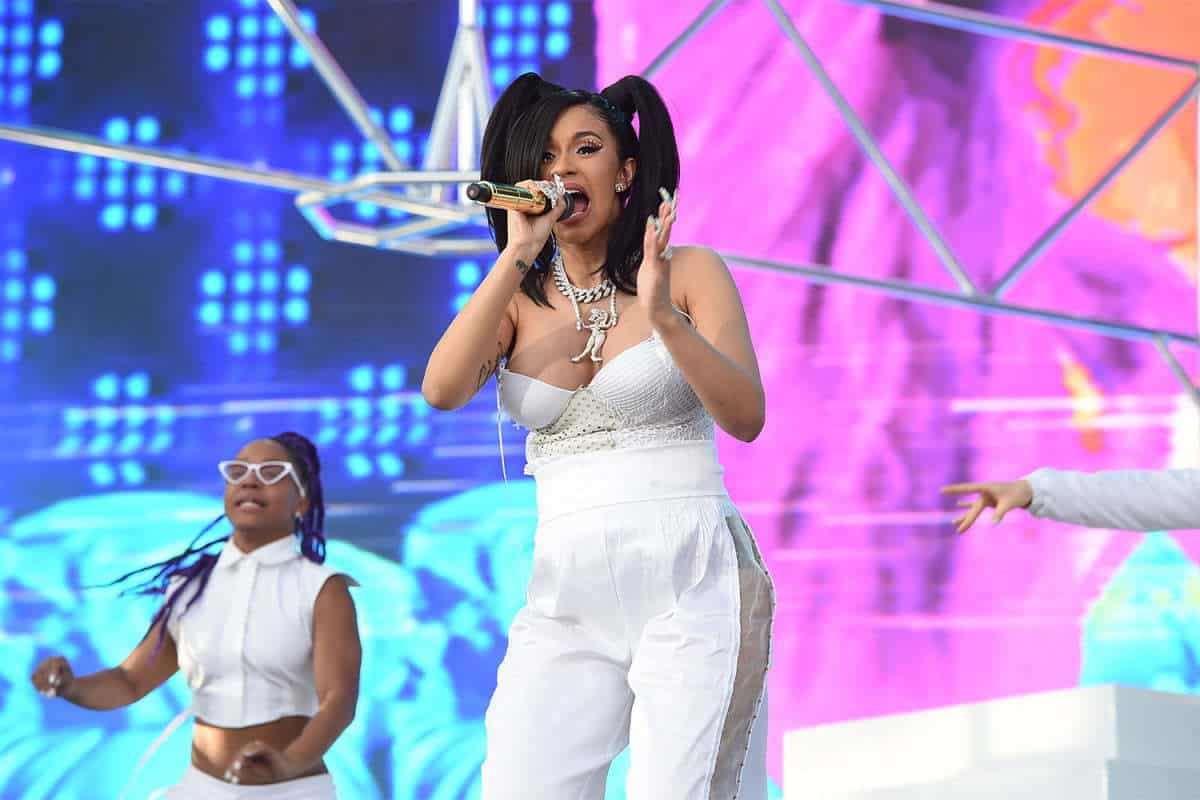 American rapper, Cardi B left Accra Ghana today leaving a trail of controversies behind especially when she was a no-show for hours at a meet and greet event arranged by the organizers of the Live spot X Festival.

The Grammy-winning singer, who is known for being blunt explained why she was absent at the event. She said she had stomach upset and that in any way, the meet and greet was not in her contract.

To further prove that she’s been to and fro the toilet, she went on Instagram Live to put to shame those Ghanaians that tagged her a liar.

“Y’all thought I was f**king canceling people? I don’t do that life. Ghanaians were for coming for me saying I was lying and all that shit, saying I was trying to act Hollywood.

“No bitch my stomach fucked up! I know i don’t play that shit. Now let me finish taking this shit…they said I was lying! My stomach is really messed up… I respect people, my stomach was messed up…I’ll talk to you guys later, bye,”.

I was in Ghana for less then 24 hours .Went thru a lil dilemma but I still had fun.

Although she later attended the event, it was hours after it ought to have started, with many Ghanaian celebrities waiting.

Naija News understands that many celebrities thronged the Kempinski Hotel in Accra to interact with the star – real name, Belcalis Marlenis Almánzar – who was billed to perform at the Livespot X Festival at the Accra Sports Stadium.