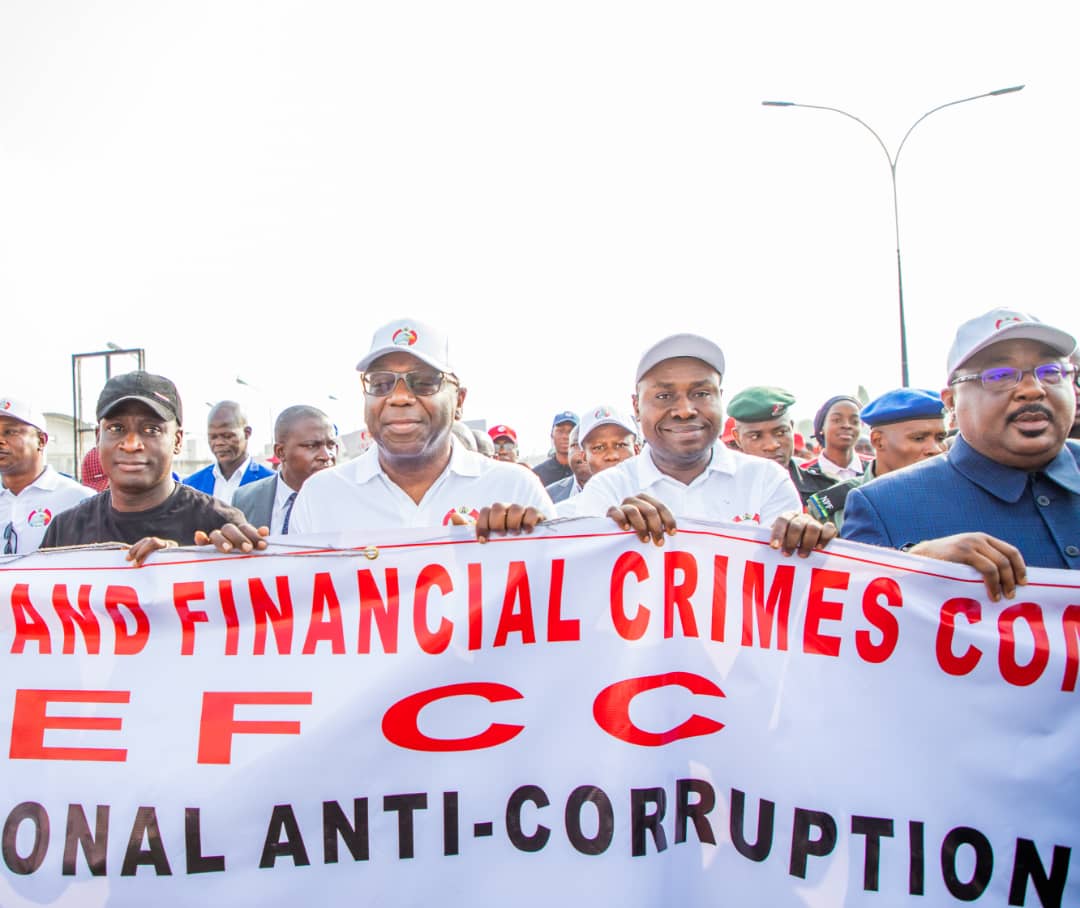 Kwara State Governor AbdulRahman AbdulRazaq has revealed and appreciated the Country’s antigraft agency for saving the state from inheriting an empty treasury.

Naija News learnt that Abdul Razaq said that if the account of the state government had not been frozen on the eve of his inauguration it would have been difficult to pay salaries and other financial duties in the state.

He recalled that only the N4.8bn tax refund seized by the Economic and Financial Crimes Commission was inherited from the past administration.

Speaking further AbdulRazaq said corruption is detrimental to the socio-economic development of any society as it reduces the government’s capacity to deliver on campaign promises.

“Corruption is killing us in our schools and hospitals; it hinders infrastructural development. It is therefore important that we work hand in hand with the anti-corruption agencies and be part of the processes to develop our society,” he said.

AbdulRazaq also thanked the EFCC for the recent recovery of N111m from some past government officials. He also said whatever recoveries made from the ongoing probe of the Kwara State Internal Revenue Service (KW-IRS) would be invested to secure the future of Kwarans, especially through the upcoming Social Investment Programme, assuring the anti-graft body of maximum support for its operations in the state.

AbdulRazaq urged Kwarans to continue to support the anti-corruption drive of the Muhammadu Buhari administration as part of the overall strategy to achieve the United Nations Sustainable Development Goals (SDGs).

Kwara State House of Assembly Speaker Salihu Yakubu Danladi also commended the anti-graft body for its advocacy against corruption, adding: “It is important for all of us to partner with the EFCC to kill corruption and save our state and Nigeria in general.”

The rally was attended by hundreds of people, including top public servants like the Deputy Governor, Kayode Alabi; and the Secretary to the Kwara State Government, Professor Mamman Saba Jibri.