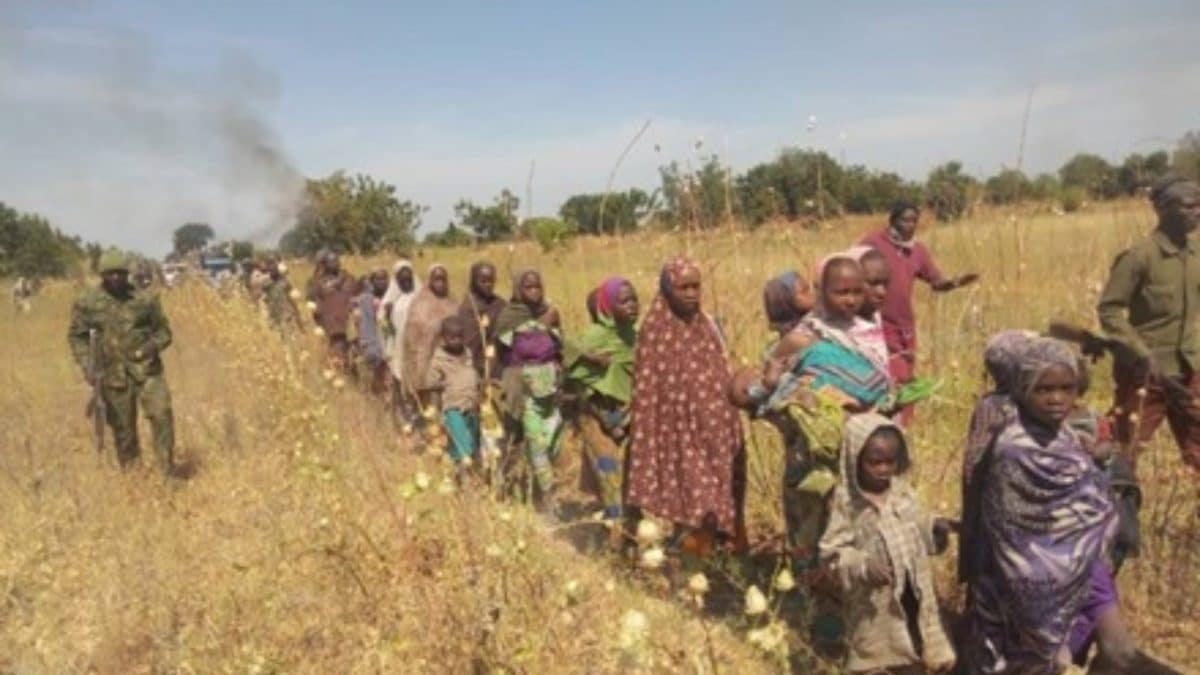 A location which was earlier reported by the Intelligence, Surveillance and Reconnaissance had the combined troops of 68/94 Battalions of Operation LAFIYA DOLE deploy their men against Boko Haram fighters in the area.

The Nigerian Army in a statement through its spokesperson, Aminu Iliyasu, on Monday, noted that the troops that were deployed uncovered the enclave and engaged with volumes of fire but the criminals ran into the buses in complete disarray.

The force in a statement said, “Subsequently, the troops immediately embarked on the exploitation of this success by pursuing them along their withdrawal route.”

“During the said exploitation, troops discovered the body of one Boko Haram terrorist and further observed several trails of blood along the said route.”

“It could be recalled that, in a related development, the criminal Boko Haram elements suffered a similar defeat in the hands of the troops of 144 Battalion deployed at Limankara in Gwoza LGA of Borno State during a failed attempt to infiltrate the troops’ location.”

“During the exploitation exercise that followed the brief firefight with the marauding criminals, the troops discovered burnt body parts of 3 Boko Haram criminals hit by a Rocket Propelled Grenade bomb explosion as well as some broken AK 47 Rifle parts and traces of blood along the criminal’s’ withdrawal route.”

“The visibly shaken Boko Haram criminals who evidently couldn’t stand the troops superiority fled for safety. Nevertheless, the unrelenting troops went on a hot pursuit and arrested 2 of the criminals.”

“In another development troops of 68/94 Battalions deployed at Malam Fatori in Abadam LGA of Borno State conducted a successful ambush at a Boko Haram criminals crossing point North East of the town and neutralised one Boko Haram criminal while many others escaped with varying degrees of gunshot wounds.”

“However, the troops recovered some vandalised roofing sheets, 33 IED detonator cords and other IED making materials. Preliminary investigation revealed that the criminals are part of IED laying party along the route.”

“In another successful ambush operation conducted by the troops of 21 Special Armoured Brigade at Darel Jamel, Bama LGA of Borno State, the troops neutralised one Boko Haram terrorist while several others escaped with gunshot wounds.”

“During the Operation, troops neutralised one Boko Haram criminal and destroyed all discovered terrorist enclaves within the area. It is gratifying to note that, the troops also rescued 31 persons comprising 14 women and 17 children from the insurgents.”

“In a related development, a Boko Haram member, Abba Modu, voluntarily surrendered to the troops of 3 Battalion (Main) deployed at Gamboru in Ngala LGA of Borno State. Preliminary investigation revealed that he joined the sect in 2015 and was a member of Mamman Nur group.”

“He also disclosed that he actively participated in rustling cattle for the sect. He, however, declared that he regretted his past actions and called on his former colleagues to use this opportunity to surrender to authorities so that they do not perish as sinners.”

“The Chief of Army Staff, Lieutenant General Tukur Yusufu Buratai has, therefore, commended the troops for the exceptional display of gallantry, professionalism and responsiveness.”

“He, however, admonishes them to remain resilient and continue to mount pressure on the Boko Haram/Islamic State West Africa Province (ISWAP) criminal elements as their end is obviously in sight.”