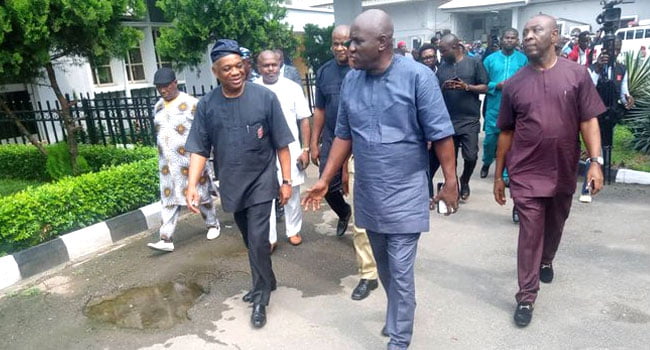 The Special Adviser to the President on Political Matters, Senator Babafemi Ojudu, has reacted to the 12-years prison sentence handed down to Senator Orji Uzor Kalu.

Naija News reports that the Federal High Court in Lagos found the former governor of Abia state guilty of all the 39-count charges filed against him.

The Economic and Financial Crimes Commission had charged the senator with N7.65billion fraud while in office as the Abia State governor between 1999 and 2007.

Reacting in a post on his Facebook page on Thursday, Babafemi Ojudu warned that those stealing public funds that they will also be jailed.

“Those of you stealing now will have your day too. It shall not be long.