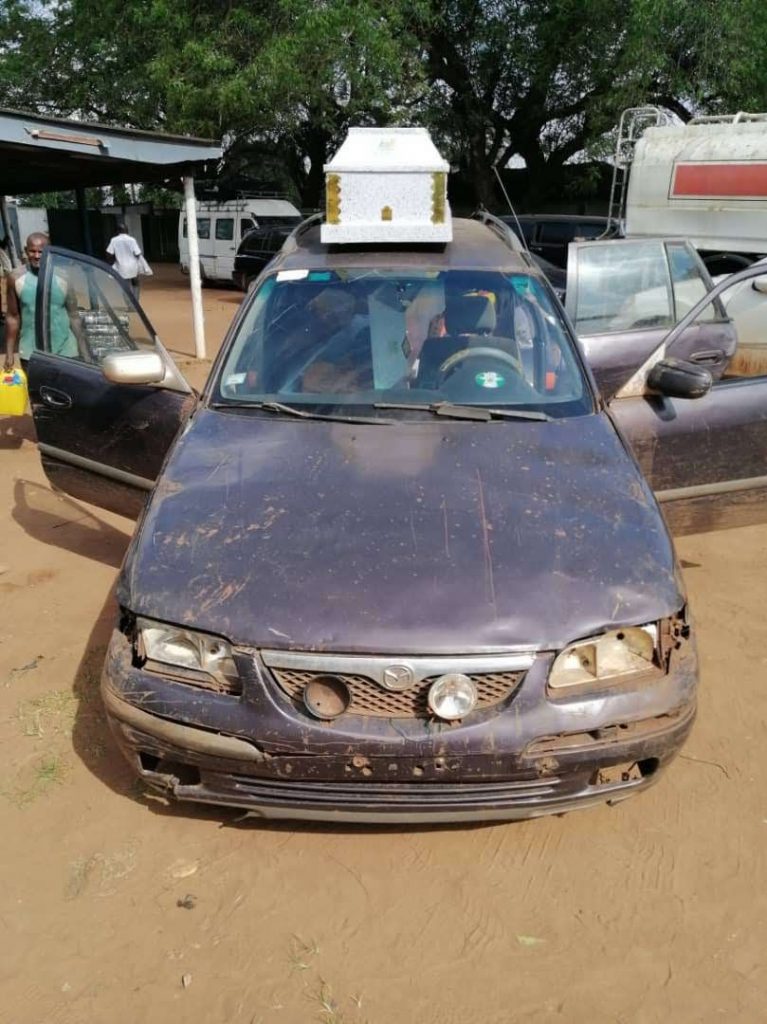 At least 23 jerry cans of premium motor spirit (PMS), otherwise known as petrol, which were concealed in two caskets, at Idiroko border in Ogun state have been intercepted by operatives of the Nigeria Customs Service yesterday.

Through its spokesman, Abdullahi Maiwada, the service noted that the fuel-laden coffins were abandoned inside a Mazda 626 with Lagos registration number LSD 617 CW.

To check smuggling, Idiroko border is among the borders shut by the federal government.

Recall also that the customs had earlier banned the supply of fuel to stations 20 kilometres to the borders.

Below is a picture of one of the coffins and the car which conveyed the seized petrol: