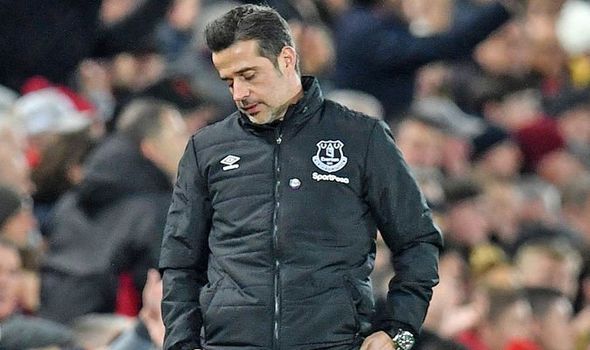 Naija News reports that Silva’s last game in charge was a 5-2 thrashing by Liverpool in Premier League.

The Blues conceded five times to Liverpool for the first time since 1982.

“Everton Football Club can confirm that manager Marco Silva has left the Club,” Everton said in a statement.

“Duncan Ferguson has taken temporary charge of the first team and will manage the side for the game against Chelsea on Saturday.”

A run of eight defeats in 11 games sealed Silva’s fate after the club spent big in last summer’s transfer window.

David Moyes has been linked with a return to Goodison as Silva’s successor as a stop-gap until the end of the season.