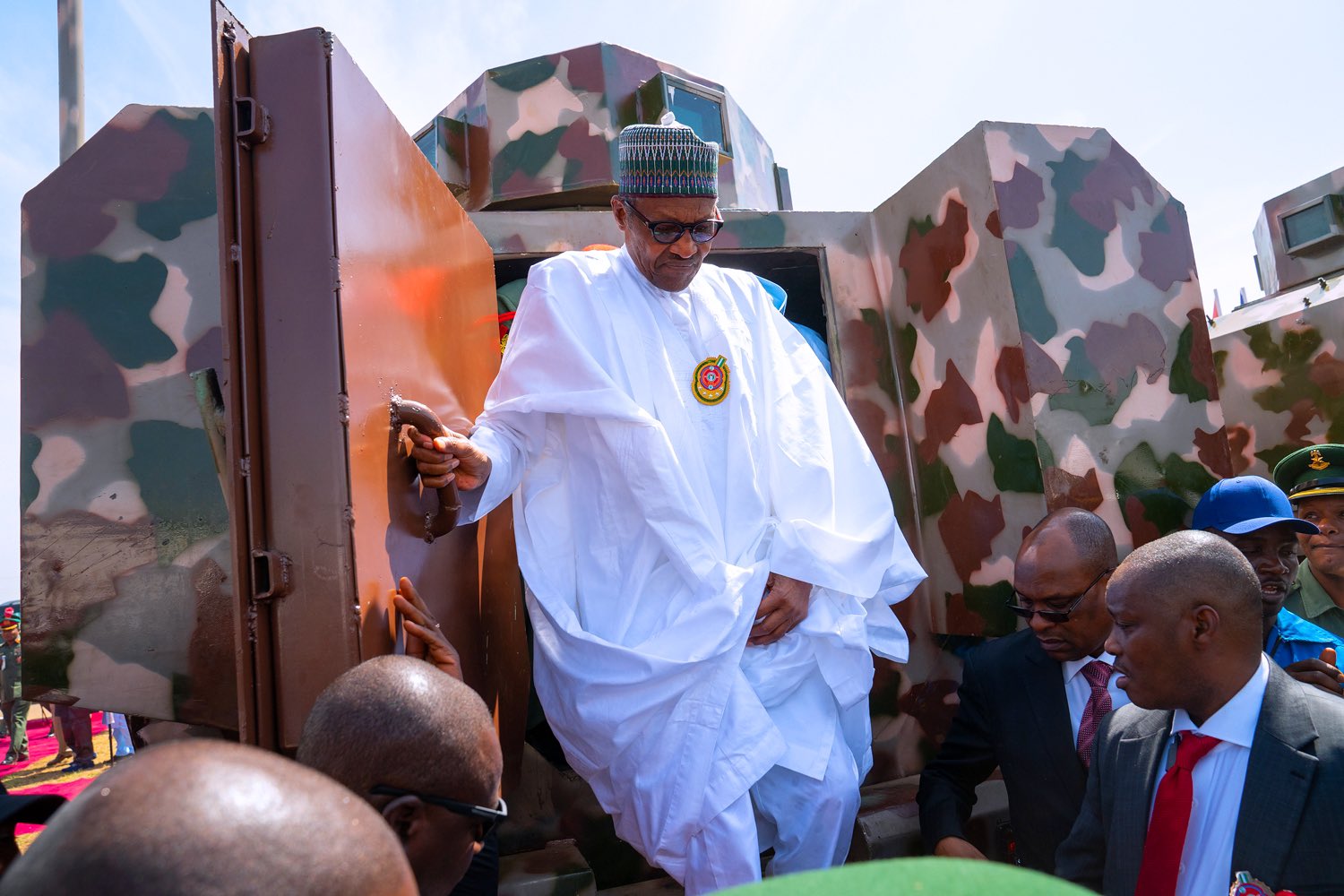 The mine-resistant vehicle which is code-named ‘Ezugwu, is to be used for military operations in the north-east.

It was manufactured by Defence Industrial Corporation of Nigeria, Kaduna.

Speaking at the event, President Buhari also used the opportunity to condole with all the soldiers who have lost their lives in the fight against insurgency, thanking them for their efforts and commitments in keeping the country safe.

“This government is aware that the activities of the army come with key consequences, with some personnel who have sustained various injuries.”

“I once again send my condolences to those who have paid the supreme sacrifice in an effort to secure this country. May their souls rest in peace.

“I urge our soldiers to continue to abide by their ethics and keep to the rules of engagement and code of conduct while ensuring that human rights and international humanitarian laws are promoted and respected in the conduct of military operations,” the President said.