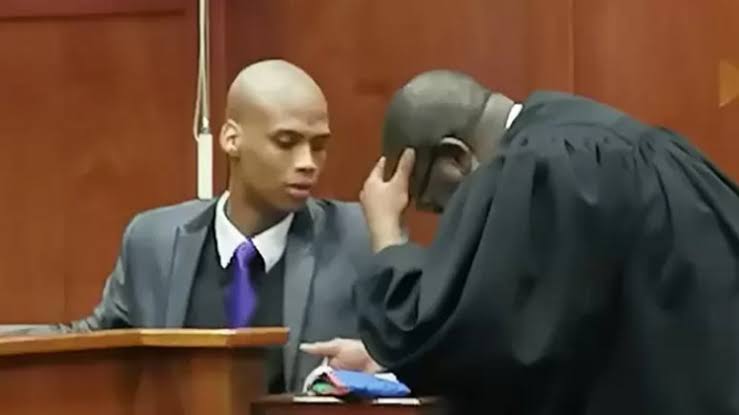 The 24-year-old South African policeman, Austin Reynold, who killed a Nigerian man Ebuka Okoli has been sentenced to 30 years in jail.

President of Nigerian Citizens in South Africa, NICASA, Mr Ben Okoli, revealed that the police officer was sentenced to “25 years for the murder and two years each for two counts of armed robbery and another three years for robbery with aggravated circumstances.

Naija News recalls that the former Police officer killed Okolia native of Anambra state at close range and robbed him during an unauthorized raid
in Durban, a coastal city in Kwa Zulu-Natal province in South Africa, in 2018.

Reacting to the news of the conviction earlier, Abike Dabiri-Erewa, chairman/CEO of Nigerians in the Diaspora Commission (NIDCOM), expressed relief, saying justice has been served.She also asked Nigerians in South Africa to adhere to President Muhammadu Buhari’s admonition to be on their best behaviour where ever they are.