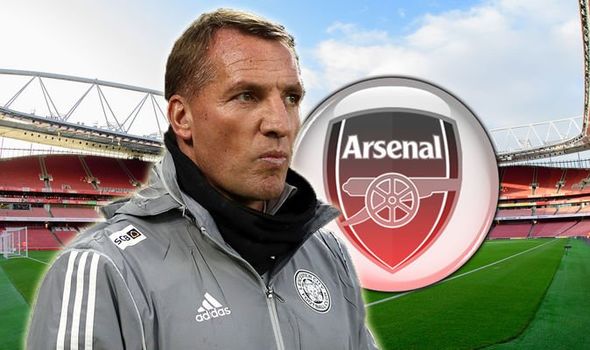 Leicester City manager, Brendan Rodgers has revealed that there is a clause in his deal with the English Premier League side that could allow him join Arsenal.

Following Unai Emery’s departure from Arsenal on Friday, the former Liverpool coach has been linked with the Gunners.

Rodgers has pushed Leicester into title contenders this season and they have extended their winning run to six games after defeating Everton on Sunday.

They are currently in second place behind Liverpool.

There reports that there is a £14million exit clause in Rodgers’ contract, if any club makes an attempt to sign the former Celtic coach. Rodgers have confirmed that a clause is in place.

Rodgers while speaking with reporters at Goodison Park said, there is a clause in most manager’s contracts.

“It’s all hypothetical, all these types of situations.”

“I think for me in this moment we’ve had a brilliant win today, we came back really, really well. My focus is very much with Leicester.”

He noted that he has been fortunate in his coaching career to work with great teams and some great institutions.

Rodgers revealed that it was an ambition for him to come to Leicester to help the club arrive in the top six.

“For us, everything has been great since we worked together. We know there will be some bumps along the way. For me, my ambition at this very moment in time is to help this club.”

“I’m very happy in doing that, there’s great, great potential here at Leicester City in order to push on in the next few years.”