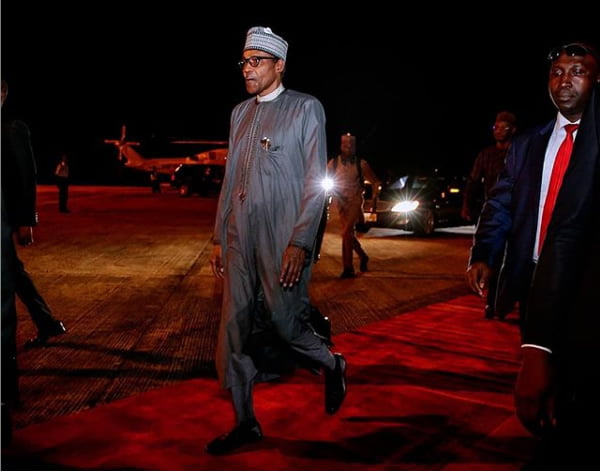 Commissioner, Katsina State Police Command, Sanusi Buba, has reportedly relocated to Daura where he is personally leading the police team providing security for the town and its environs during President Muhammadu Buhari‘s visit.

Naija News reports that Buhari arrived Daura on Friday night for a five-day working visit to his home town.

President Buhari is expected to partake in the laying of the foundation for the new Federal University of Transportation, Daura on Monday.

Speaking, the spokesperson of the Katsina State Police Command, SP Gambo Isah, disclosed that the Police Commissioner relocated to Daura on Friday.

He said the police was working alongside other security agencies to ensure hitch-free security during President Buhari’s visit.

“The CP has relocated to Daura since yesterday (Friday) to ensure hitch-free security during the President’s visit and during the official foundation-laying ceremony for the Federal University of Transportation,” Gambo Isah.

“I cannot disclose the number of our officers and men who are on the ground for the exercise to you for security reasons. But all arms of security including our sister agencies are involved. Katsina is generally peaceful now but we are not taking chances.”

It was gathered that security has been tightened in Daura and other towns close to it with armed police strategically positioned.

There was however no visible presence of police in Katsina town aside from those positioned at the Umaru Musa Yar’Adua International airport area.