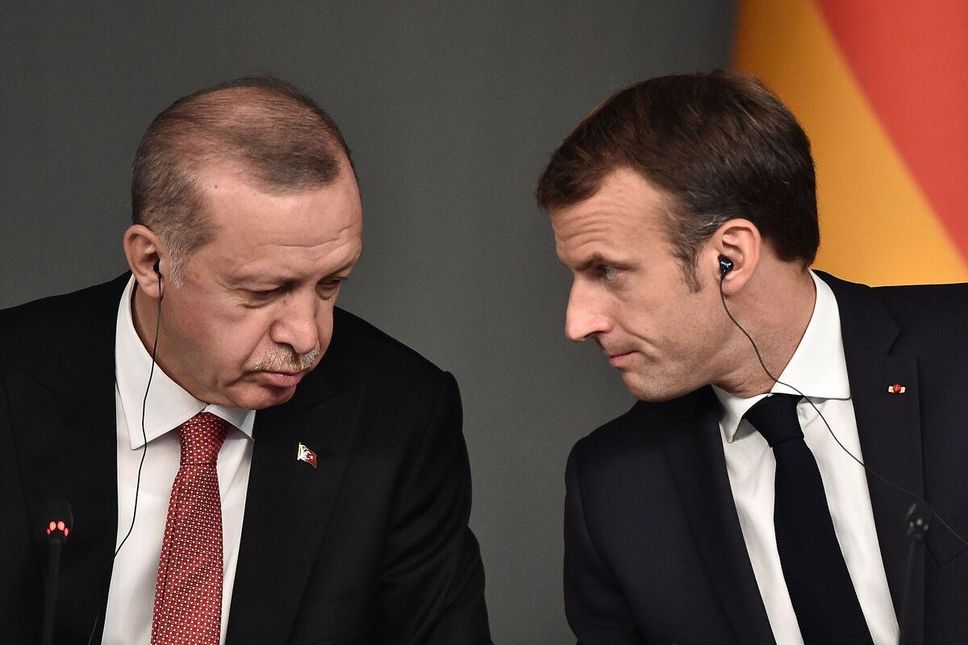 Echoing the statements of the French president who had declared NATO “brain dead” and called for a review of the Alliance’s strategy, the Turkish head of state vehemently retorted by repeating the terms against him.

“These statements are suitable only to people like you who are in a state of brain death,” he said in a speech in Istanbul.

Paris immediately responded by summoning the Turkish ambassador to the Ministry of Foreign Affairs. “On the latest excesses by the Turkish president, these are not statements, these are insults. We expect President Erdogan to clarify,”

The same ambassador, Ismail Hakki Musa, had already been summoned to the Quai d’Orsay on October 10, the day after the launch of the Turkish offensive against the Kurdish militia of the YPG in northern Syria.

This intervention against a key ally in the fight against the Islamic State (IS) group, with the tacit approval of Donald Trump, set fire to the powders within NATO where Europeans are directly targeted by the jihadist threat.

Emmanuel Macron, among the most critical, lamented Thursday that Turkey has put its allies “before the fait accompli” and called for a reflection on the role and strategy of the Alliance he intends to put on the table at the top of Tuesday and Wednesday.

Turkey is exasperated on its side by the support of France to the Syrian Democratic Forces (SDF) and indirectly to one of its main components, the Kurdish militia of the YPG, which Ankara sees as an extension of the Kurdistan Workers’ Party ( PKK), his sworn enemy.

Turkish Foreign Minister Mevlüt Cavusoglu on Thursday accused Macron of “sponsoring terrorism”. In November, Turkey was also carried away after French comments on its “political game” supposed in the investigation of the assassination of the Saudi Jamal Khashoggi in Istanbul.

In January 2018, Emmanuel Macron had thrown a cold by declaring in front of his Turkish counterpart at the Elysee Palace that the human rights situation in Turkey excluded “any progress” in the negotiations for EU membership.

The Franco-Turkish relations had already experienced strong turbulence under the presidency of Nicolas Sarkozy (2007-2012), but they were then crystallized on the recognition of the Armenian genocide.

“The difference is that with Sarkozy it had extended over time. For the moment we can not say that we have Macron. Will they go back or continue? It is too early to say, “says Didier Billion.

The answer may fall next week in London where the two leaders will meet to talk about Syria, on the sidelines of the NATO summit, with German Chancellor Angela Merkel and Prime Minister Boris Johnson.

According to the researcher Iris, the Turkish president loves to bounce back on “this type of conflict situations” that allows him to play the card of national unity by surfing on the Turkish nationalist fibre.

It is also served by the outspoken French president, who is not only friends by jostling his interlocutors where he believes there is urgency.

Emmanuel Macron and his wife Brigitte had already suffered a series of spades and insults from Brazil this summer – a minister had called him “opportunistic cretin” – which ended with a pass with President Jair Bolsonaro.

In London, the French president will wait especially “a clarification” on the role that Turkey intends to play in NATO. “Now it is up to Turkey to give the answers that we but also many allies are waiting for,” noted the French presidency.