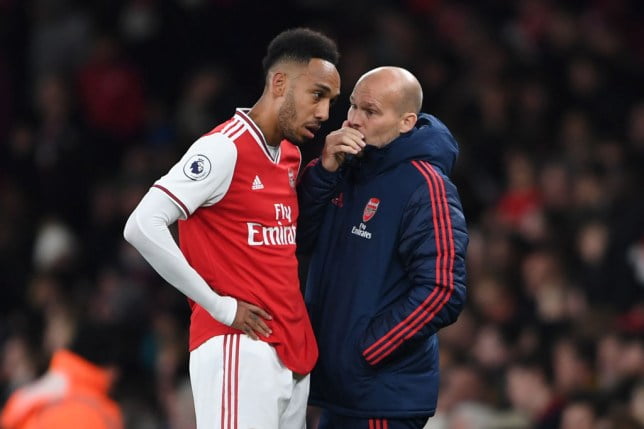 In a post on its Twitter handle, Arsenal stated that Mertesacker will be in the dugout at Carrow Road for Sunday’s clash with Norwich City in the EPL.

Speaking for the first time on Saturday as the new interim head coach, Ljungberg said it is a great honour to manager Arsenal.

“I want to do well as I can for this fantastic club and that’s what I feel today. I feel the excitement and I will try to do a good job,” he said.

“I really feel that this club can all be brought together and we can put some smiles on to people’s faces again.”

? @ArsenalAcademy manager Per Mertesacker will be supporting interim head coach Freddie Ljungberg in the short-term.

Per will be in the dugout at Carrow Road tomorrow.#NORARS pic.twitter.com/rvWJRd2pDG

Naija News reports that the Gunners had gone seven games without a win with the 2-1 defeat to Frankfurt in the Europa League proving to be Unai Emery’s last game.

Josh Kroenke had in a statement announced the sacking of the Spaniard, naming Freddie Ljungberg as the Gunners interim Head Coach.