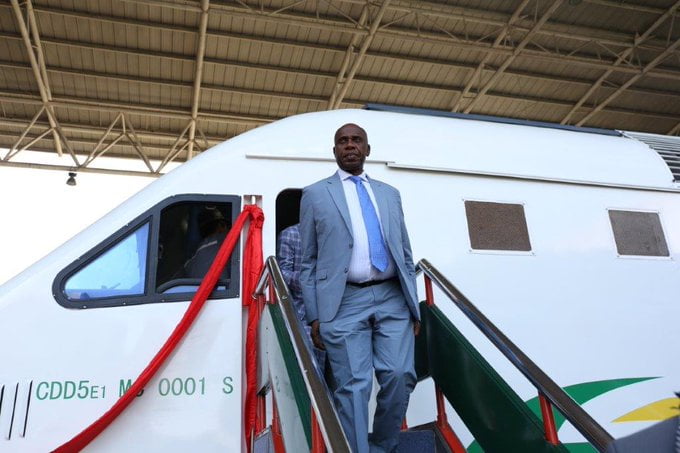 The Federal Government of Nigeria has given several citizens of the country as it begins a free train ride project for travellers along the Lagos-Ibadan standard gauge rail line.

Naija News Understands The Minister of Transportation, Mr. Chibuike Amaechi, made this known on Saturday via his Twitter handle.

Read the tweets below:

Our free rides on the Lagos-Ibadan standard guage rail line will begin today and run through March, 2020. Commuters on that route can take advantage of it and save on transportation during the festive season & beyond. Let’s ride to the #NextLevel pic.twitter.com/zJ0FkMPt72

He explained that the take-off point is the Iju train station in Lagos while the free ride would last beyond the festive period.

Amaechi noted that it would run through March 2020. He, therefore, urged commuters along the route to take advantage and “ride to the next level”.