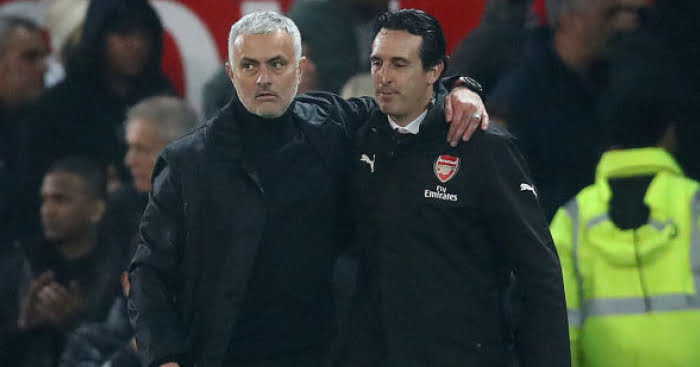 Arsenal had on Friday announced the sacking of Unai Emery and his coaching crew, naming Gunners legend, Freddie Ljungberg as the interim manager.

The Spainard last game incharge was Arsenal’s 2-1 defeat at home to Eintracht Frankfurt in the Europa League on Thursday night stretching a run of seven games with a victory.

Speaking during Friday press conference ahead of Tottenham’s Premier League clash against Bournemouth, Mourinho said: “Emery has no need to be concerned, no dramas, mi amigo [my friend].

“Keep going and you will get another club.”

Asked if he would have considered joining Arsenal, Mourinho added: “I’m so happy here that I couldn’t even think about the possibility to go to another place.

“You can put now in front of me any club in the world, I would not move.”