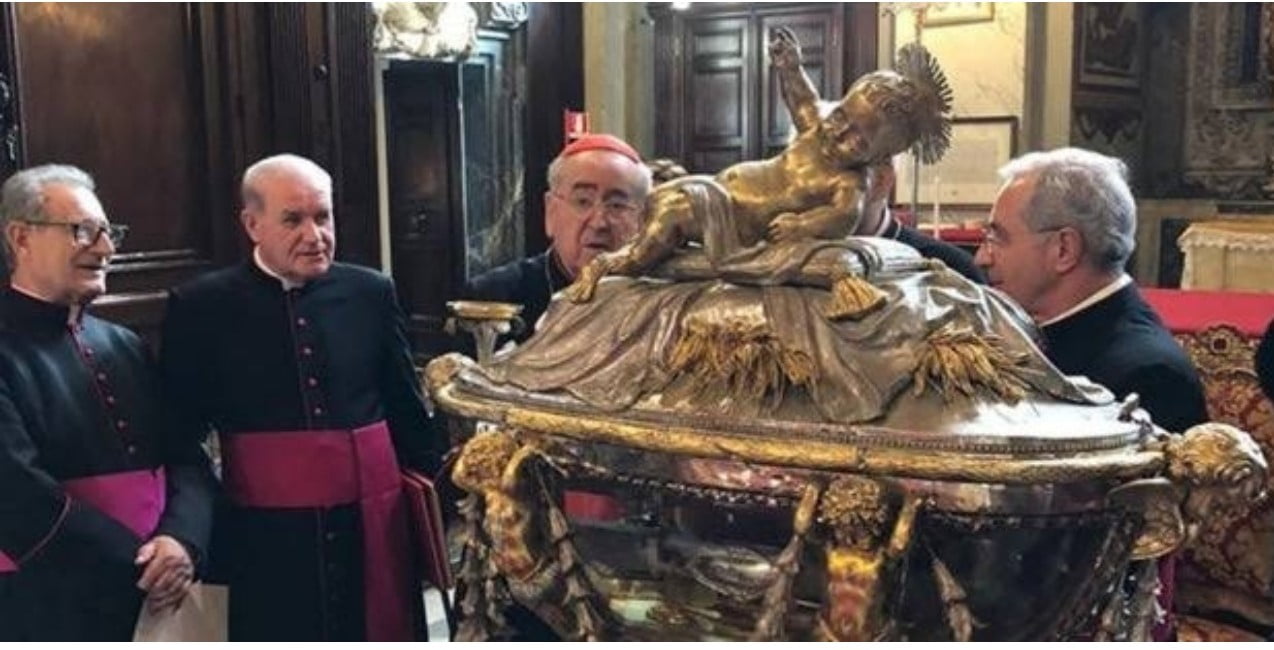 Wooden relics said to be from the manger that held the infant Jesus has been returned from Rome to Bethlehem.

Bethlehem’s mayor, Anton Salman, revealed that the relics were taken from Bethlehem around 1,000 years ago, and are now likely to be placed inside Saint Catherine’s Church, adjacent to the Church of the Nativity in Manger Square, the reputed site of Jesus’s birth.

A procession and mass were held in Jerusalem on Friday to mark the return of a wooden fragment reputed to be from the crib of Jesus Christ.

The thumb-sized wooden fragment, part of a relic stored in the Basilica of Santa Maria Maggiore in Rome — was described as a “gift” from Pope Francis to a Franciscan order of monks in Bethlehem.

The Custody of the Holy Land priory, which was presented with the fragment, said it came from relics donated to the papacy in the seventh century.

“It has contributed for centuries to marking the religiousness of the faithful in Rome and from elsewhere,” the priory said.

On November 22, Stanisław Card. Ryłko, Archpriest of the Basilica of S. Maria Maggiore, together with the Custodian of the Holy Crib, Piero Card. Marini, prepared a portion of the relic of the Holy Crib of the Child Jesus to travel to Jerusalem and Bethlehem later this month. pic.twitter.com/fES643nsZg