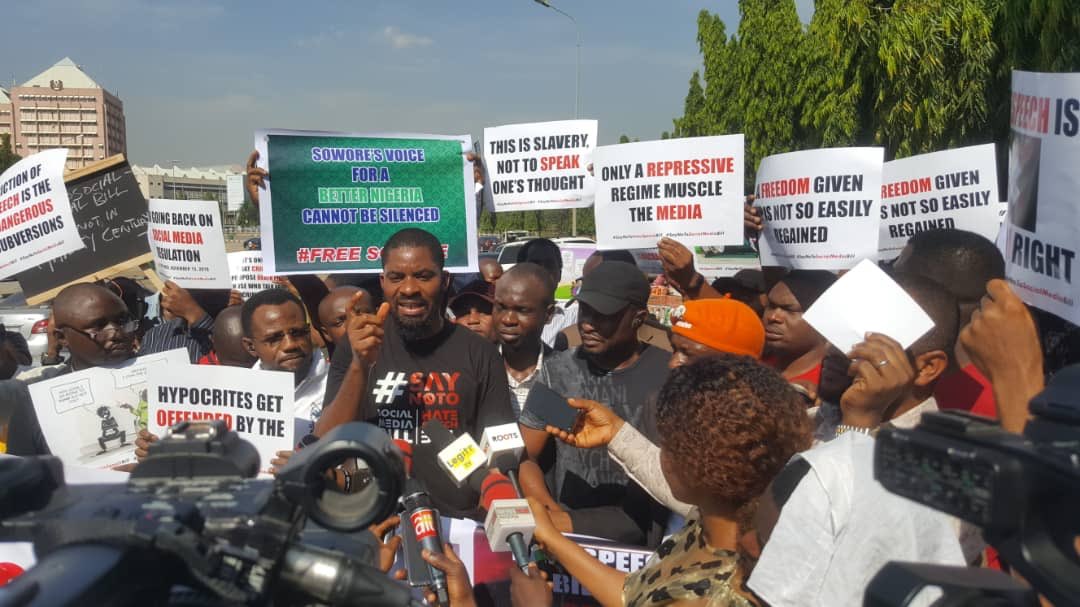 Civil society groups are currently protesting the proposed Hate Speech, Social Media Bills and the continued detention of the convener of the #RevolutionNow protest, Omoyele Sowore.

The protesters are at the entrance of the National Assembly in Abuja.

Recall that in a bid to curb the incidence and defamation of character by some anxious media users in the country, former Senate spokesperson, Sabi Abdullahi had reintroduced the ‘Hate Speech’ Bill at plenary.

Naija News understands that the bill has scaled through the first and second reading.

The bill states that any person who violates the law shall be liable to life imprisonment and where the act causes any loss of life, the person shall be punished with death by hanging.

Also, the Department of State Services (DSS) has refused to release Sowore despite a court granting him bail and the former presidential candidate meeting his bail conditions.

See Photos from the protest below: 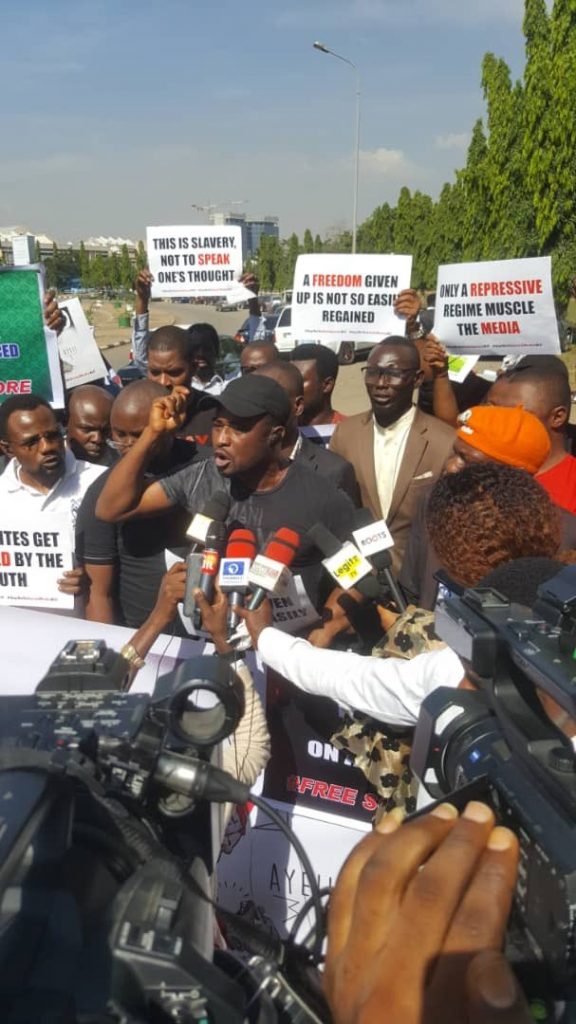 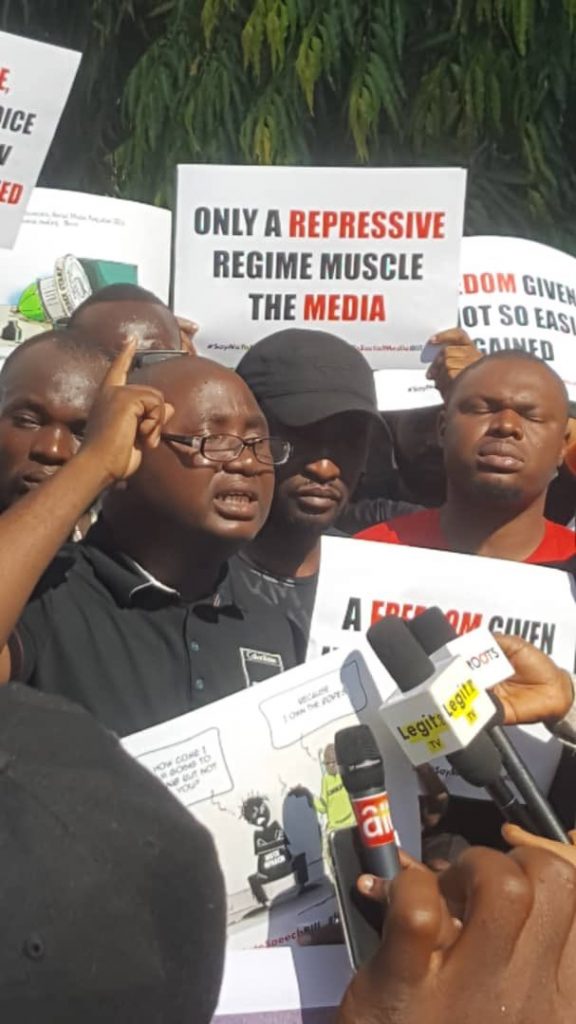 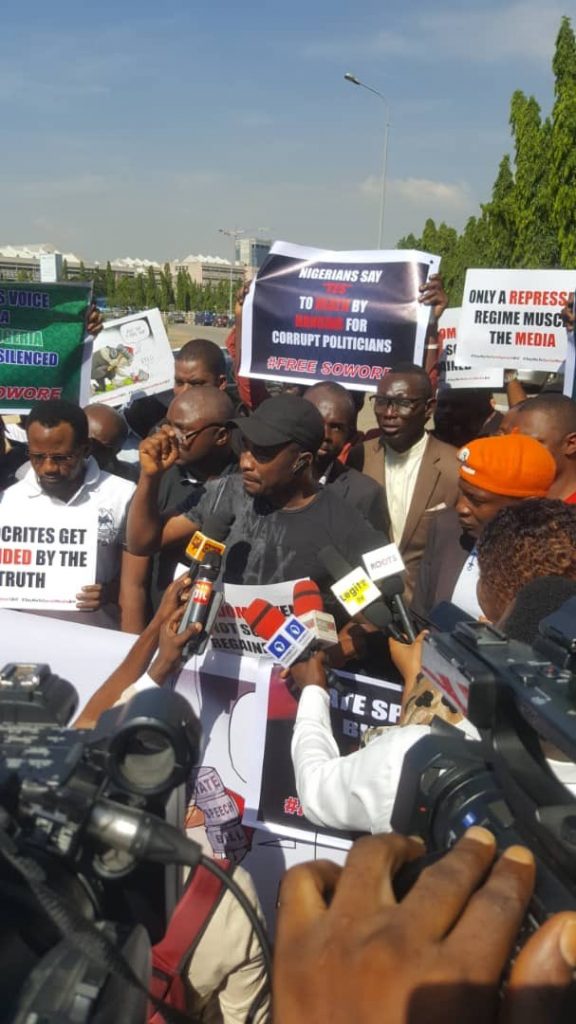